A Conspiracy of Kings by Megan Whalen Turner.

Moira's library
bigger inside than outside,
again, & fractal.

Here is how The Queen's Thief series is laid out: in Act I, boring slightly bad things happen. In Act II, confusion & misunderstanding rule. In Act III, the characters bust out as ultimate bad-asses. Yep; what I'm saying is that once again, Conspiracy of Kings is massively backloaded, just like the rest of these. It is exaggeratedly true to the point where it is almost comical. Not really a complaint-- just like, a truism. As Gene Wolfe loves the unreliable narrator to the point of distraction, so does Megan Whalen Turner love the Third Act. This book switches narrators again, this time to Sophos, the heir apparent of Sounis. Like The King of Attolia, the first act isn't as chock-full of bad stuff as in the first two book-- rather it labors on the minutia of every day life. In King..., we have Costis troublesome time as guard to Attolis Eugenides; in Conspiracy... we have instead Sophos' time as a slave laborer. The slavery portrayed is the domestic slavery of Greece & Rome, not the agricultural slavery of America, & it is sort of refreshing that Whalen Turner describes it in comfortable terms. Sure, it isn't great & it isn't good, but it is a life. Given the Mediterranean roots of the book, I thought it was appropriate. Also, I don't mind grinding minutia & worldbuilding-- that's my jam. I still don't see why "everyone" (read: Jenny & Marie) are so, so, soooo in love with Attolis Eugenides; I like him fine, but I like both Attolia Irene & Sounis Sophos better, in the end run (but maybe the Magus is my favorite). They are flawed without being crippled by flaws (no pun intended) & they are bad ass without having deus ex machina-like abilities. Again, the politics of this book are strong, if much more personal-- now that everyone of note is a royal, they kind of have to be. I really would like more of a peek into the Medes & the Continent; there are, what, three more books to go? So I expect that one of those wishes will be granted. I predict, though, that the Mede will land an army & that the eruption of Mount Hephestia will kill them all with hot lava. Hawt laava.

Bob Joy, rat-catcher
never consider the chance
that this would happen.

This odd little volume was a birthday present from Sam & Tracey. It is an attractive package, all red & black & gold. Strange enough to pique my interest! Crispin Glover is an authentic weirdo, I think we can all agree on that. His eccentricity is on showcase as much as anything else, in Rat Catching. Sort of a hodge podge, the starting product was an 1896 volume Studies in the Art of Rat-Catching. Glover then illustrates the text, predominantly by drawing suggestive, ratlike shapes. He moves pictures around & (re)captions them with ominous hand-written text (videlicet: "The queer platypus, almost the only mammal whose young are born from eggs." (then, scawled below) "ALMOST"). A success as an artpiece, I reckon, since I'm charmed by it; I again reiterate my central thesis: a sincere creep, the genuine article. Mister Glover is a kook, he is an uncanny bedfellow, an eerie creature with an interest in the macabre that goes beyond pretense. So there is that. 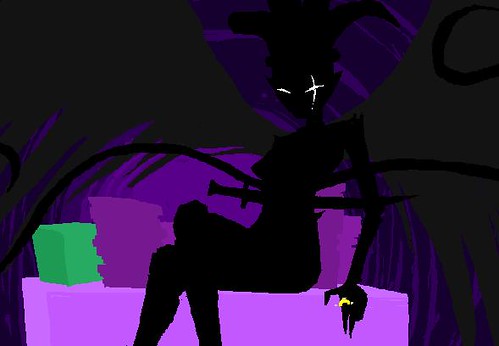 Nothing to report really. On Sun's day I closed out the evening with some absinthe, which along with my blood & chocolate papercut means I've had a super gothed up week so far. Otherwise, though, nothing much doing. Moon's day I came home from work & read my book. I also watched How I Met Your Mother & drank a little Ransom's Old Tom Gin, which is brown gin. How weird is that? It is very, very floral. So that is is. Leisure, a life of leisure! I guess I've been keeping up shop at other place on the internet, too, like-- I mean, if you live in Metropolis you probably already heard that my neighborhood was ranked number one by the FiveThirtyEight statistician. So that is funny. Tonight the UPS guy is supposed to come drop off this card catalogue that has been refurbished to store cds in it; if he comes early enough I'll try to hit the gym. See? Excitement, adventure, a Jedi craves not these things. I'm a Sith though, so I actually kind of do crave them. I can't really complain though; I'm fairly content with my lot! I just want to be careful not to let the whole week slide by without going to the gym.