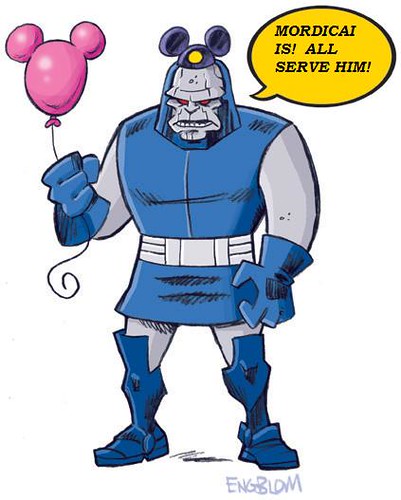 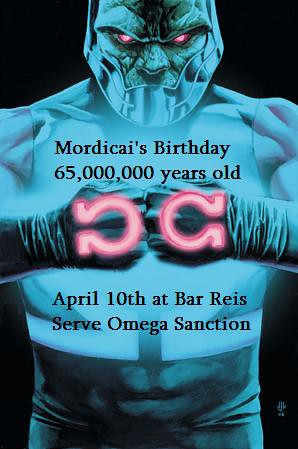 Saturn's day was my birthday party. I left work a little early on Freyja's day, & so I slid right into my lazy morning with a quickness. I went to the gym, beat a Mega Man 9 level, & watched Justice League: Crisis on Two Earths. It had some problems, but was in general fun. The problems were mostly casting &...well, Batman. Batman kind of sucked, & did he just kill Owlman? Batman...doesn't kill people. Anyhow, the best things about it were: A) The evil Martian Manhunter was named Jed Jarak which is an awesome allusion to John Carter of Mars, plus he had great character design. Shame he died right away. B) Gina Torres as Super Woman, because Gina Torres is great, the end. C) James Woods as Owlman was awesome. Seriously, he played a nihilist really well, & his masterplan to blow up all reality because that is the only choice that really matters, in that it can't be replicated & negated by parallel realities (because there aren't any more realities)? That is my master plan, too, kind of! Good for you Owlman, you are officially really great. I've always had a thing for Mirror, Mirror stories in general & for Earth-3 (Antimatter Earth, whatever) villains in particular, so I am glad I watched it; in the end though it wasn't great. Think of it as an Owlman vehicle though & it is worthwhile.

Then finally it was time for my party! First Jenny & I went to Perch for dinner; I had the chicken roulade, which was worth digging into. Then to the venue! I am boring & couldn't think of a better locale to have the event than Bar Reis, the same place I had my last birthday. This time was pretty good; extra props who believed me when I said to get there at eight! I am not kidding, I will go to bed, fools! It was nice, & I saw many people, some of whom I haven't seen in a million years. So, nicely done, all. I got looted up & liquored up. Actually I didn't mean to get drunk! I did get drunk though. I haven't been drunk in quite some time; I don't think I like it. I snuck out with Jenny & then passed out. Boo! Sun's day was much nicer, actually. Made some poached eggs & a pot roast--well, I made the poached eggs, Jenny the pot roast & mashed potatoes besides (with asparagus, too). What did we do all day? We watched two episodes of Human Target which continues to be a show from the eighties. Not in a precious way or in an ironic way; it is just silly, fun action television, which is a vein that hasn't been tapped since shows like The A-Team were on. I also went to the gym, but I can't tell the difference between emotions & physical trauma (since they are, after all, the same thing) so I felt really anxious lifting weights...or well, was hung-over, but like I said, I can't tell the difference between those two chemical responses (since after all, they are really just the same thing). I was also really digging Jenny. I definitely like her best.
Collapse