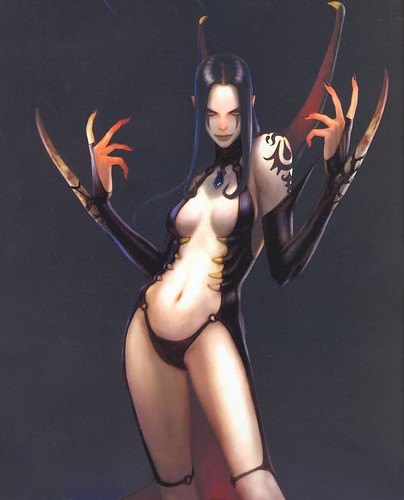 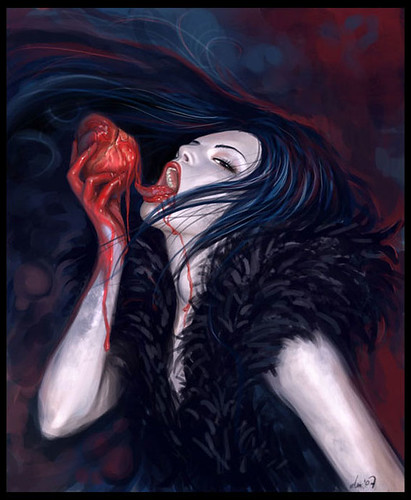 If you think back, fondly recall that at the end of last game the mysterious & off-putting Xenobia had shown, by awkward intimations, that she wanted to help our protagonists-- the otherworldly Balthazar, the beloved Lorelai, the dangerous Damocles & the diabolical Bedwin. Now-- Bedwin had reason to appeal to the creature...I mean the lady Xenobia, & well, on the flip side of that, Damocles seemed to...hate her. I mean-- irrationally, fully wickedly! The infernal fire in his belly, the draconic furnace of torment was stoked! He suffered Indignation! That is to say plainly: the supernatural template which Sam's character possess' has as a drawback, which is like the Promethean flaw of Torment. Basically, he wigs out sometimes. This session, I decided to turn it up to eleven-- that way I could go over the top & I could "burn it out" & let him get back to a more balanced state. How did I do it? Well, I'll tell you: I wrote a notecard to each of the players saying "READ WHEN YOU HEAR ME SAY 'CELLAR DOOR'!" Then on the inside, I told the non-Sam players that the events to follow were a hallucination of Damocles, & to play it up in high dudgeon. Sam's on the other hand said that Xenobia was acting suspicious & about to make her move! So with a flourish & a "CELLAR DOOR!" we were off to the races. Balthazar betraying Damocles, Damocles' sword strike to Xenobia cutting across his lover Lorelai, Bedwin dissolving into fire & bugs & a demon dancing out...& the best part about it was that Sam totally bought it! Sam was a total sport & totally convinced-- up until Xenobia tore out Lorelai's heart, which is when I was going to stop it, anyhow! So kudos to all involved for that, including myself. The second part of the session was less successful in that it alienated Tracey (who plays Lorelai). See, Xenobia wants to help the played defeat "The Drowned," which according to her was once some kind of Ur-demonologist who grafted the traits of some Unknowable Entity to himself-- traits that manifest as some kind of piscine invincibility, as far as the party can tell. Now-- Xenobia claims to be an "antinomist," & to be able to act as a psychopomp between Entities by means of Naming. In a nutshell, she wants the players to create a "Testament" consisting of any number of factors-- a Name, discovered named, mythology, a seal, honorifics, idols, &c. She is working at a metamagical level; she wants the players to create a pact that makes a spell, more or less. Why? Because they could include in the Testament things like bans, compulsion, flaws, & even weaknesses. Xenobia was probably on the autism spectrum when she was fully human-- & while she would be insulted if you called her inhuman now, lets just say she sure ain't normal. We left it there, with Xenobia giving them another piece of apocrypha, a torn page from a book. 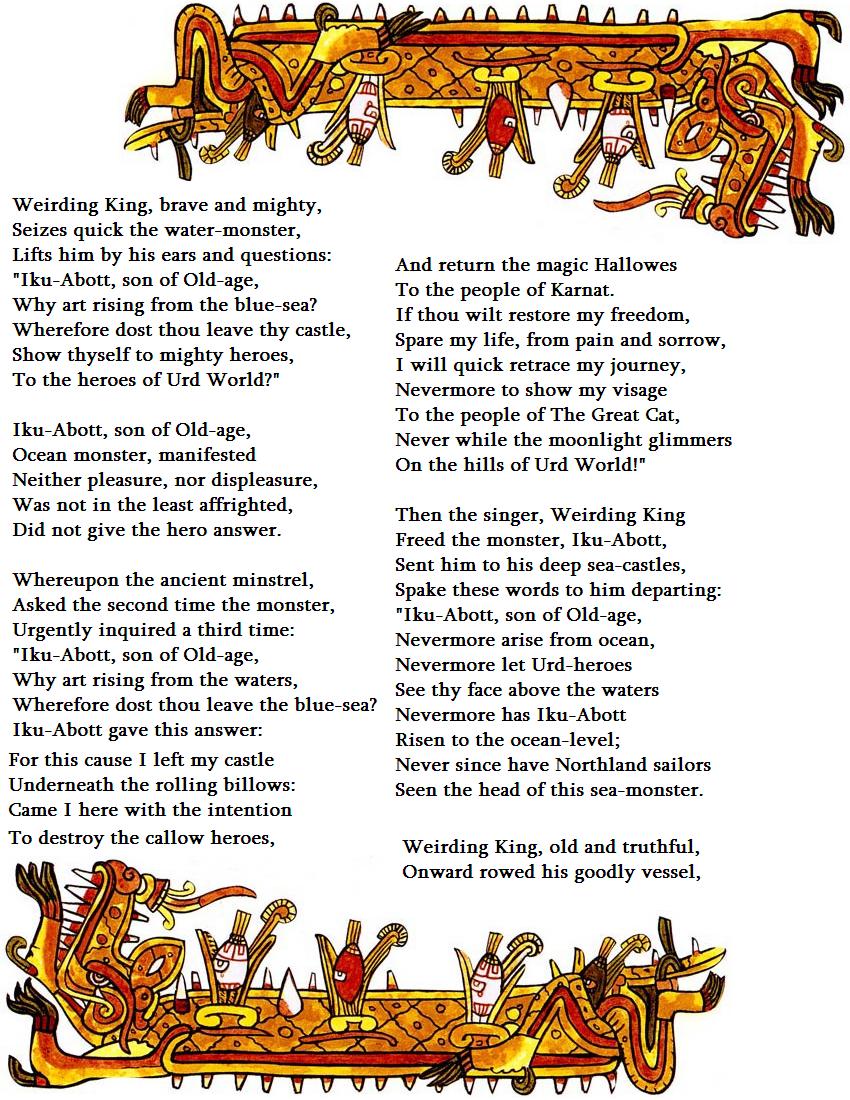 Alright, here is the big discussion on the World of Darkness that this book creates: supernatural abilities as Merits. To break down what I mean, let me explain what this book is, in short: rules for psychics & hedge wizards. That is to say, rules for human beings with a pinch of the supernatural. I like that idea; then again, I also dislike Mage: the Awakening for failing to be that game. The way Second Sight attempts to codify paranormal abilities is as Merits-- that is, extra add-ons. By contrast, games like Vampire: the Requiem et al have specific "powers" like Disciplines. The difference is...well, the differences are profound. First off, just look at raw experience point cost. Merits cost New Rating x 2; so level one in an ability costs 2 points, level two is 4 points, etc. Disciplines et al cost New Rating x either 5 or 7. That right there is a pretty sizable gulf, even if you made the argument that a psychic ability might not be as powerful as a vampire power. Except...well, they pretty much are. So, there is that.

The second big issue is something already built into the game-- are Merits created equal? Merits come in different flavors, like attributes: Physical, Mental, & Social. Now, the problem here is one of "external" versus "internal." You could take a Merit like "Fast Runner" & that is built into you. Your character is quick on her feet! Now compare to some of the Social Merits, which are external, like Resources. That is money. Heck, you can MAKE money, you can steal from the vampire's jewelry box or ask the corrupt CEO for a pay-off. Some are even a little more rough, like combat styles. Is knowing Kung-fu really balanced with having Contact in the police department who can tip you off? Well-- sure, maybe, if your Narrator does his job. Add psychic powers to the mix though, & dang.

I guess my answer can only be really shown through further editions of the game, so lets put it aside for now. Just something to be very aware of; it is a make or break issue, I think. Fundamental to the games elegance & playability. The book itself is chock full of information-- that can make it a little confusing, but it is ultimately worth it. In terms of bang for your buck, this definitely pays out. I've got a weakness for psychics in my Vampire game, ever since my old Vampire: the Masquerade character murdered that pyrokinetic who was hanging out with us & trying to betray us to the vampire hunters. I might be falling off track-- so let me summarize. Are you okay with Supernatural Merits? If the answer is yes, than this is the book for you. Even if you aren't, the Rituals in the "Thaumaturge" chapters are worthwhile for your Cruac or Theban sorcery.
Collapse