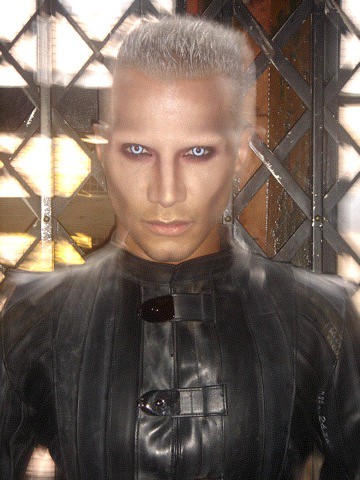 (Self portrait by Jay Manuel.)

On Odin's day, there was television, & the television was had by all. Maggie was first, & her extreme punctuality was well reward with two episodes of Avatar: The Last Airbender. I had said before that I think the show really begins to live up to its potential with the third episode, but I was wrong, it is the fourth episode, "The Warriors of Kyoshi," that I was thinking of. By that point they've gotten the premise & the fundamentals of the worldbuilding out of the way, & can get into the correct tone, flavor, craft. David arrived in time for...well in time to watch television, we weren't antsy! Jenny & I had already eaten our Thai food dinner. Or well, there were leftovers-- I just finished the leftovers this morning for breakfast in fact. Settled in, it was time for America's Next Top Model! Which was vampire themed? Mister Jay, in his Matrix get-up & his contact lenses, was the easy peak of the episode, much like last season's most memorable single moment was him done up all Cirque du Soliel. None of the girls were even remotely interesting, though. Last, we watched LOST; we're many episodes behind, & frankly I am okay with that; the full-season blitz is the most rewarding, I think? I was sort of resistant to watching it, as I find I enjoy the show more in marathon mode. Anyhow, the episode was fine, but you know, mostly treading water.

Yesterday was the day for Thor, & for Fools, but I made the foolish choices, starting with a pizzacone! Here is the secret of the pizzacone: have you ever had a Hot Pocket? Same thing. Then Tom & I went to Compleat Strategist & had ourselves a merry little geek time. I went home & was totally planning on going to the gym...but well, decided against it. I should have gone, I suppose, since I haven't been since Sun's day. I've been all busy & stuff! Thing is, being busy means I haven't had time to decompress with Jenny, so I decided that last night I'd set aside for spouse-snuggling. She came home as I was finishing up an episode of Leverage, & then I got us sandwiches & we settled in to watch Sherlock Holmes. In fact, I quite liked it! It bothered me that people we dismissing it out of hand; the canon supports this reading, dorks! Slavish devotion to source material is all well & good, & I don't grudge on the deerstalker cap'd Sherlock, but this is the dude with cocaine hidden in the toes of his slippers, this is kung-fu Holmes. Totally valid. Anyhow, there was also a quick mention of Mycroft, who is my favorite. He's the lazy, but smarter, & also somehow more ambitious brother! He's the secret head of England! Anyhow, I thought the movie was a lot of fun, & I thought Guy Ritchie's "pay off" when you see the montage of clues that let Holmes deduce everything? Was very well put together.

I don't think much of other people's cognitive reasoning skills. If that isn't redundant to say; I suppose a better term would be subconscious reasoning. I'd like to, but I can't. It is why I have to exalt the rule of law, & elitism. Chaos & democracy just aren't viable. Small things are the doom of that hope. Things like coming into work to find that all the elevators are on the first floor...but that people are still busy trying to cram themselves into one elevator. The next elevator will open after the doors in the current one close, & then the next after that & so on. Still, people are sticking their arms in the elevator doors to open them as they slide shut to cram on in. Why are you doing that? I mean-- bogarting all the elevators isn't the right solution, but using more than one clearly is; just wait, & if you don't all shove yourself in like a can of sardines, everyone (which is a set that includes you!) will get where they are going more quickly. Two or three elevators distributing the same number of people is not challenging math! Yet here we are, eager selfishness overcoming ethical arithmetic. Don't even get me started on the people who take the elevator to the third floor, or the guy who was walking on the left-hand side of the subway tunnel & then when I stopped to block him looked at me as though he would contest my Will. First off, I'm physically twice your size. Second off, I'm a million times more fierce. Third, both of those things are less important than the fact that I am in the right. As in, the reason there is the saying "in the right" is because of the literal precedence of someone walking on the right hand side. I suppose it is worth noting that these troubles-- inefficient walking, whatever-- are the breakdowns in human thinking that confront me. I'm not having to deal with people making foolish & unconsidered life & death choices. So the system is working somewhat. Thinking about this makes me, of course, think about D&D's alignment system. I do think I certainly was Neutral Evil as a boy, but I definitely have abandoned that in favor of Law. Which makes me consider the role of good & evil-- is it action or intention? Or assumption; do you assume your fellow is Good or Evil as a default? I think that might be the key. 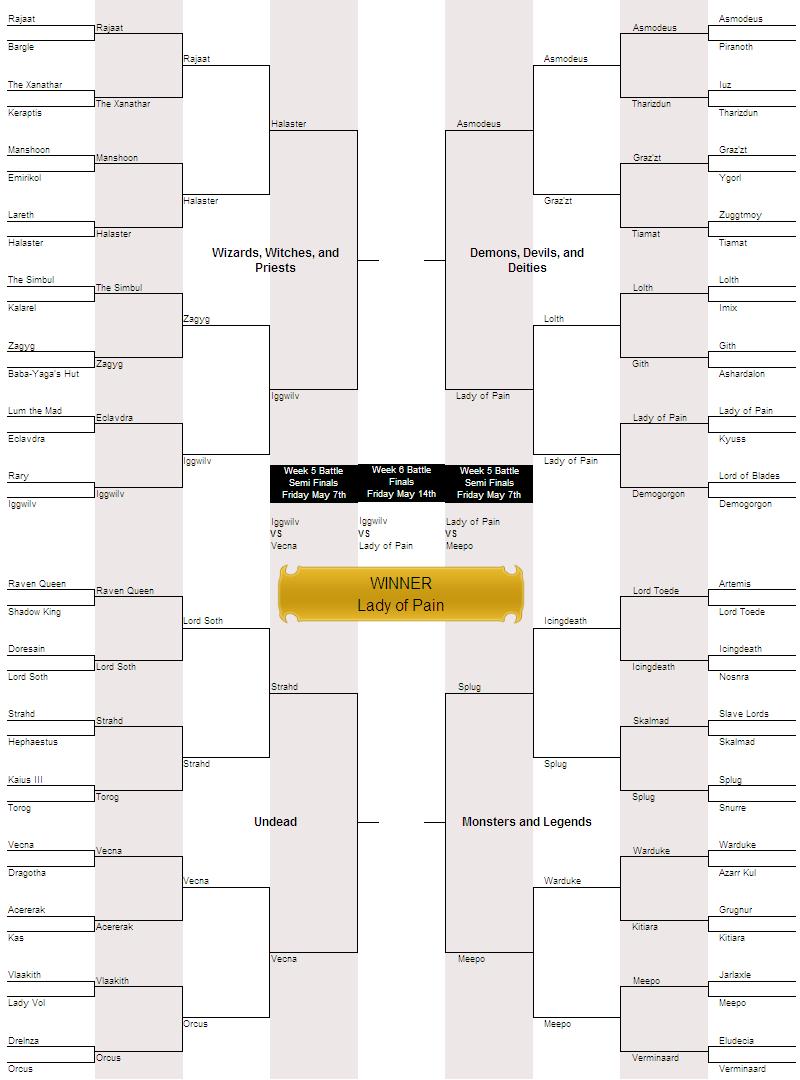