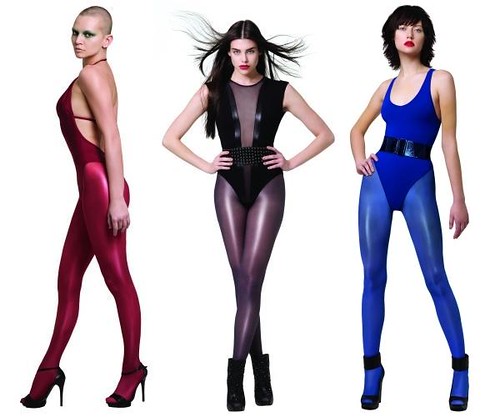 I took the day off to use up some of my timed vacation, & didn't really do much of anything with it! I slept in then looked at the internet pretty aggressively. Jenny came home about thirty minutes after noon, & then I went grocery shopping. She made macaroni & cheese & we watched Saturday Night Live (I don't think Zach Galifianakis is even a little funny) & Tosh.0 (Daniel Tosh is funny when he's being charming & goofy but not when he's trying to shock you with boring bigotry). The only thing I did manage to do was go to the gym. Since Odin's day is Television Night, I usually don't have that option. I went & did a workout that left me wanting more, more, more. I guess I did another thing, too: I made a post at Kit Marlowe & Co. about microhistorian Carlo Ginsburg..

The evening was easyrider, as well. I picked up a recent bottle of wine on the way home from the gym-- that is, I guess, part of my new modus operandi? Moving the slider from $10 to $15 for a bottle of wine. Slowly edging quality in? Then it was leftovers & before you know it,

elladorian were here. They had trash sandwiches bánh mì sandwiches. Before you knew it we were settled in & the first episode of America's Next Top Model was on. Uh, I don't care about the new girl, Ren? I mean, she's fine, but they haven't given her time on camera for me to give a damn about her. I'm rooting for "I was in a cult!" Nuaduah & "I am really pretty" Raina, at this point. Nice to see them back in Gotham again & also I remain convinced that the best part of the show is when Tyra, Miss J, & Mister Jay all act goofy. They are clearly friends & it is compelling. We closed the night with a Locke-centric episode of LOST. Alright, whatever LOST, you are fine, I'm a bunch of episodes behind. My idea that we should watch some Avatar: The Last Airbender was nixed by a sleepy Jenny, though.

I was bothered when Indexed picked zombie in the recent "fantasy league" post. Zombie? ZombieS are threatening, but not singularly. & they somehow beat werewolf & vampire & ghost? Nope, no way. So I did my own draft, picked the starting line-up out of a hat. There were a few tight races. Cyclops-- I had to go with the primordeal smiths, the giants who forged the lightning. Those guys are...pretty bad-ass. Siblings to the hektonhire, who are gamebreakers. Elf versus faerie was rough, but it solidified "elf" into the Tolkien-mileu, as well as the Legend of Zelda consideration. Link versus Navi! Anyhow, that stuck with it; elf versus changeling is like elf versus half-elf, & then elf versus witch...well, Galadriel wins. Elf versus cyclops all I could think was Finglofin against Morgoth, & well...Morgoth might have won that but Sauron wouldn't've, you know? So there you have it; I freely confess my bias towards the Eldar. So that was my play-offs. Elf for the win.

Here is what Ed Crosby had to say.

In Utopia by J.C. Hallman.

I'm sort of in a coma from doing a bunch of mindless drudgery that needed doing, but on the plus side that gave me a chance to knock off the last chapter of this book. Nice to actually read something that I really like! I like utopian thinking & I like this book, even if I disagree with it most of the time. I don't mind disagreeing, I just want you to have a thoughtful opinion, thats all! In Utopia is the personal delving into six fields of utopian thinking-- & I do mean personal. One of the solutions to writing pop nonfic is to make it clear that you are approaching it through the lens of how the writer interacts with it, & Hallman seizes on that; luckily he manages to do it without being overly indulgent or making the book read like an over-long magazine article, which are the popular pitfalls of the intimate approach. I was charmed by this book; definitely recommended. You know me, though, I'm willing to entertain the moral of a bundle of sticks & such. Don't throw the baby out with the bathwater & all that.

He covers the Pleistoscene Rewilding movement, with some proponents sounding awesome & others sounding stupid. Paul Shepard says the evils of civilization lie in agriculture, which is like saying the civilization of civilization lies in agriculture. Shepard of course is half joking all the time, but the fantasy of the "Great Hunt" is just so insulting. Then again, you have people like Josh Donlan who are talking sense. Me, I want a pragmatist with a idealistic scope-- which I guess is asking for a lot. Here in the first part J.C. Hallman develops an important part of his thesis, though I don't know if he knows it: utopia as response to dystopia. There is then a bit about communes-- which I have to say, bore me. I sort of have to give the hippies credit for putting their money where their mouth is, but the Amish et al still have a far better pedigree & proof of concept. & the kibbutzim, which he only briefly touches on. On his section on boats as utopian communities (actually pretty compelling, in a parasitic way) he brings up Buckminster Fuller & the trim tab! Trim tab. & The pykrete Habakkuk, a pet favorite of mine. Oh & Kon Tiki, which is the sort of brilliant stupidity that makes great reading but bad science. The next bit is about diet (& includes the flavorful line "suburban necropolis" which is the same thing as Wasteland, sometimes). He tours Italy talking about Slow Food & making me want to read Lévi-Strauss' The Raw & the Cooked but he never talks about veganism? Which is utopian eating in a big way. I thought that was glaring! Then at last he speaks of The Gun. Here we part ways, because he comes to The Gun with a lot of baggage; he's afraid of it & politically opposed to it. By the end he's less afraid of it, but sees it only as a concession to dystopia-- despite the lines of credit he's willing to advance the other prongs of his argument. There is a bit where he references Freud & says the gun to him isn't sex or death-- it is the uncanny. Of course, he then in his close-- he book ends the narrative with a discussion of More's joke & the nostalgia of home-- he says we don't stop using knives because we occasionally stab each other or ourselves. Which...doesn't apply to guns? I mean, I realize it is a metaphor but an odd one, given how he closes the chapter just a few pages ahead. Oh, & he loves the word "docent." It is cute when he uses it to apply to his significant other, but confusing later when he means it in a non-romantic context.
Collapse