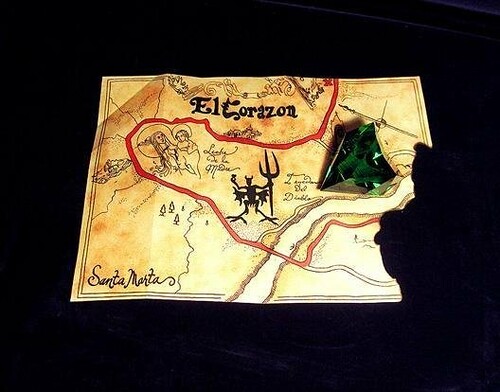 The "snowicane" struck on Thor's day, & it really struck. The last blizzard was the "snowpocalypse" according to the media, but this one was much more intense, I think; alternating sleet & snow made what stuck way worse than the powder of the last one. I stayed up late on Thor's day night (Feyja's day morning) to watch the snow in the dark. I like it; that is what I like. Nighttime snowstorms. If I had my way, it would be the norm. Speaking of ice & darkness, Jenny told me the other day that she wanted to renew our commitment to going to Antarctica at some point, even if it is just a cruise or whatever. My point is, lurking in a dark window on a snowy night is awesome. Then when it was finally time to rise & shine, I decided to call out of work. The streets were unplowed, the sidewalks unshoveled, the trains weren't running & my boots were still wet from last night. Snow day! Even if the office was open. I didn't manage to get anything done though. I brainstormed with Tom a little & I did get ready to go to the gym! I even went to the gym! It was closed though so I didn't work out at the gym. Also,

toughlad helped me catch the last three Star Coins in New Super Mario Brothers so I've officially beaten the pants off that game.

Freyja's day evening Jenny came home & decided we were going to eat Willie's Hot Dogs & get wine from Picada Y Vino. So you best believe that is what we did; I went into the wine shop in a daze & when the guy wanted to know what sort of wine I wanted recommended to me & said "Spanish. Cherries. Uh." Then he looked at me like I was going to go on, & I looked back at him like he was going to say something or ask something, then he goggled back at me & I said "I haven't talked to a stranger in a while. Am I supposed to go on?" & he was like "No! You did great!" & then recommended me Albak 2005, which was (as he said) darker than cherries, & a little plum. I liked it! I wish I had a better palate for wine. Anyhow, Jenny & I watched infoMania, where I learned about Johnny Weir, & Rotten Tomatoes where Alexis Bledel's top five movies were...decent picks! Then we watched an episode of Solitary 4.0 with some rough calisthenics. In Rotten Tomatoes, earlier, they had mentioned Mary Ellen Trainor, who was in all kinds of movies-- including Romancing the Stone, which Jenny had never seen. You might not know this, but I really like that movie. It is the perfect storm of 80s movie pastiche & adventure serial cliche. That is the movie that caused Mark & me to drive to New Orleans that time! Man I like it; Jenny has been making fun of me for how much I like it. It is a lot. Speaking of things I like a lot, I wrote a post about "Forgotten Master" M.A.R. Barker for Kit Marlowe & Co.
Collapse