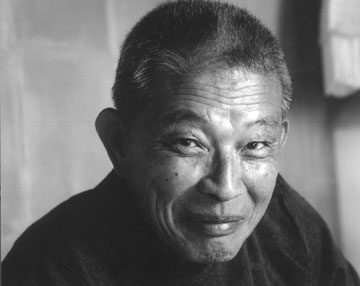 Man, Avatar: the Last Airbender continues to be totally awesome, but is also currently totally the saddest? I was really worried that Appa would get hurt, as soon as the show started. Appa is the giant flying six-legged bison, & he is awesome. Anyhow; Appa wasn't hurt, which is the good news, but he was kidnapped, & has been for like, the last six or seven episodes! No! Appa! Aang (the Avatar) was going to go all Anakin Skywalker on the Sand People Benders, & I couldn't blame him. They stole Appa! Anyhow, that is pretty sad, but the last episode we watched, "Ba Sing Se Stories," was super down & also super good. Iroh has gone from being "that guy" in the first season-- meaning, he's the sort of false buffoon, the drunken master-- to being an awesome example of the role, an iconic version. Seriously, when the White Lotus Society was revealed it kind of blew my mind. Anyhow-- in "Ba Sing Se Stories" the Iroh story was doubly sad because legendary actor Mako voiced Iroh...for the first & second seasons, before dying. Mako rules & the melancholy Iroh story about mourning for his dead son was dedicated to him, RIP. Then it caps off with a super heartbreaking Momo tale-- Momo is a flying lemur-- & well. Well gosh Avatar, quit being so bittersweet! On the flipside, Ba Sing Se is an awesome dystopia overseen by Clancy Brown as the leader of the Cultural Authority. Anybody who has paid attention to Oubliette knows I have a massive fondness for giant metropolises with huge walls & utopian (or dystopian) governments. So basically, all I've been doing in life is watching cartoons, is what I'm saying. I haven't even been hitting the gym; the weather has been awful, & in fact I stayed home from work today. On Tyr's day I went to David & Maggie's to meet with them & Edbury to talk about the next Oubliette campaign & help them pick out Merits for their characters; I drank some very nice whiskey but the cold rain pouring down really sucked. On the plus side, Riza, Ofanim Ken o' day & Luther Mid-morning are looking pretty good!
Collapse