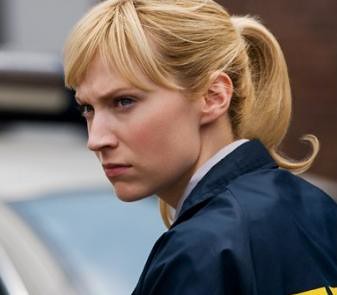 I can actually type! You have no idea how exciting that is; I've had a rough couple of days, finger-wise. On Sun's day I burned my middle finger on the oven. See, I still don't understand aluminum & tin foil. I mean, the heat transfer is just so quick & instantaneous! Mostly this leads to me marveling that the foil has cooled so quickly...but the opposite transpired this Sun's day. I was toasting bread for a sandwich & pushed the foil into the broiler...& accidentally pushed too hard & touched the bottom of the pan with my middle finger. Yowch! I lept up, cursing, & held it under cold water; then eventually Jenny wrapped it in polysporin & a band-aid. By morning it was mostly better. Then of course...further disaster. I was printing something at work first thing in the morning when there was a paper jam. I opened the giant industrial printer up, cleaned out the jam while taking care to make sure that the heated elements had cooled, & then closed it up. It was still showing the paper jam, though, so I yanked it open again & reached in. In the five seconds or so it had been closed, the hot parts of the machine had apparently gotten...well, hot again. So I burnt my index & ring finger. To blistering. I went to HR & put first aid cream on it, but they only had knuckle bandages, so my fingers ended up looking like the ends of a turkey drumstick in a 60s Thanksgiving advertisement. So-- burnt fingers. I am a cliche of masculine pain. Break my face open & I'll play tough guy, act the solder. Give me a paper cut or a minor burn though? & It is the end of the world. Whine & cheese. So between hurt digits & giant swaddling bandages, I was only so useful yesterday. I'm currently okay, though; a slight blister, unpopped, & a few spotty blisters. I will be all Adam Frankenstein today-- Fire bad!

This weekend was a weekend of visual media, you better believe it. Saturn's day (probably my favorite day; go titans!) Jenny & I just did a blitz of Avatar: the Last Airbender. My last Kit Marlowe & Co. post was enthusiastically about Avatar but let me just say: what a hell of a show. We got a NetFlix account just so we could watch the rest of the first season "on demand." Did I say "first season"? Mea culpa, I meant "Book of Water." Currently, as of last night, we're five episodes into the "Book of Earth" & it continues to rule. Jenny & I so far really enjoy Aang's quote "they DO get their mail on time!" & the (totally awesome) Hawaiian nomads singing "SECRET TUNNEL!" We also watched the season finale of Leverage. Here is what I have to say about that: I don't like drama. Leverage is best when it is pulling off Ocean's 11 style heists; when the team works together as a machine. Now, I get that Nate Ford falling back into being a drunk & bad things happening are needed to establish rising action later. I'm just bored of it. I don't need that much, & I'm over it. Still, Parker (played by Beth Riesgraf) crushing Jeri Ryan's character's throat & subsequent autism spectrum "laughing" about it was great. Parker, oh Parker, I have a crush on you. Oh also, I like that Leverage just let the actor playing Sophie go on maternity leave for a season. Good for them. They included her just as much as she was willing to be included & never stopped mentioning her. It was nice. Speaking of drama being boring, on Sun's day we also watched Run, Fatboy, Run!. I'd seen bits & somehow accidentally convinced Jenny to get it from the library. I didn't mean to. So, it is a "redemption" flick-- watch this guy get his life together! I can feel that, I had to pull my fat out of the fire. Still, the bits of him being a loser are frustrating. It was fine but I don't think the pay-off was worth the journey, in the end.

Also on Saturn's day we went to Ginza for hibachi. You know, I just found out that teppenyaki style food (which is what it should be called, I guess?) is a real Japanese thing & not a fusion invention-- though the cuisine is, of course, Western-style. The fact that Ginza is open & prosperous makes me pleased. Having a hibachi place a couple of blocks away is fun, & also I am always pro-neighborhood success. We went for a subdued evening; across from us was a couple with their grandmother & two children. Watching kids watch hibachi is way more fun than just plain old watching hibachi. That couple though, phew, there was a desperate imbalance in attractiveness. Sad! There was also a middle-aged woman in a very low-cut top that kept distracting me. Her date was a really old looking guy, & kind of a boor. He left to smoke a cigarette when the chef was starting! What. The. Hell. Anyhow, I thought that girl seemed like a sport, catching the tossed food & everything. Jenny thinks my brain was just hacked because I could see her cleavage. I'm sure that is part of it. Thanks brain for being totally stupid. "Hey look, boobs! She seems like we should hang out!" While I'm mentioning eating (a thing you must do to stay alive, don't forget) on Moon's day some of my co-workers & I went to The DesertTruck Works. It was Sherene, Tiff, & Andy along with myself; the plan was to get pancakes but the destination was packed, so I discovered DT Works. I had...too much chocolate. Chocolate bread pudding with bacon sauce & gooy chocolate cake with olive oil & pistachios. I can sometimes...over do things. Especially considering I don't really like sweets. The fact that they had savory components tricked me. I like savory, & I like chocolate-- I want non-sweet chocolate, is what I want. Not to eat two deserts instead of eating lunch.

Sun's day was actually a real bummer for me. My Oubliette game was canceled sort of last minute. I'm not cross about it! Sam has a weird schedule & some health problems & the game is at his place; you know? Totally legit, especially considering that last game I had to cancel because I was sick as heck. It is just a long stacked up set of hiatus. Games are both an act of Will (as Brian once notoriously said) & a house of cards. Plus I haven't seen Sam & Tracey in months. I'm not going to despair, but I spent a chunk of Sun's day moping! Luckily I had bailed on the gym on Saturn's day (& on Jodi's dance thing) so I was able to take the day to kick myself in the pants, gym-wise. Another hour & forty-five minutes. This time on the cardio machines I vacillated between Predator on SyFy (worst name ever) & the third Pirates of the Caribbean movie. What the hell confusing movie is that? The plot of the second movie didn't make any sense but the third movie seems to just be double cross after double cross. Sudden Asian pirate betrays white wig pirate betrayed resurrected pirate betrays girl pirate betrays squid pirate &c &c. Not even particularly cleverly-- just sort of non-stop. So there you have it. I spent the rest of the weekend, the parts not mentioned here, canoodling with Jenny. She's an elf warlord with the jack-of-all-trades feat. Says her: "I have two feets!"
Collapse