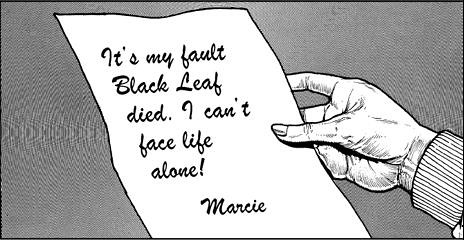 (From the always amazing Jack Chick.)

I had a think of mixed interpretation to discuss here. An issue of perspective & opinion. I have forgotten what it was, though. Maybe it was a fever dream that came upon me last night-- I had imbibed beer, & the room was very warm, so I kept waking up to go to the bathroom, finding myself smeared with drool & crooked dreams. The beer I drank was in honor of Television Night, moved to Tyr's day because Jenny has to work late today, Odin's day. Maggie was first in the door; we talked about her Oubliette character Riza a bit; she still has to pick Merits & is considering a blood ritual. David came in time to eat some falafel; well, Jenny & I didn't. She'd made frittata (the leftovers of which I just finished for breakfast!) & we had already eaten it all up. Into our bellies. Then David told the story about how I think's Little Bunny Foo Foo is told by the faerie that he has a "bad attitude" to which I replied that I prefer "Goon Fairy" over "Good Fairy." They is why she turns Foo Foo into a Goon! She's the Goon Fairy! & I confessed that I considered putting the Goon Fairy into my next campaign.

Our TV Night was catching up on Lost. Or at least mostly! We watched three episodes, which means we are one episode behind, since one aired last night. You want to know what I think? It isn't really very spoiler-ish. I think the Smoke Monster is looking more & more like a cloud of nanites. I think at the end of the show, John Locke is going to be the new Jacob & Sayid is going to be the new Richard Alpert. I also think that Jack is doing the right thing telling the Temple people to go eff themselves. Those guys, man, forget them! & I would actually like it a lot if the alternate timeline is one where everyone is happy, & if Jack fixes Locke's back I will find that a really satisfying pay-off. I also think Juliette's "Wanna go on a date? We can go Dutch..." was her in the other timeline finding Sawyer & asking him out. So! We drank our beers & watched our Lost & called it a night. & oh hey, speaking of writing letters to people who have wrong opinions about roleplaying games, like the Wisconsin Board of Corrections, I wrote another letter, this time in response to baseless issues raised by the Boston Herald, as pointed out by io9.

In regards to your article Suspect in slays fan of "Dungeons".

Really? You're dipping all the way back into the well of 1980's faux controversy to try to find an angle on a horrible tragedy? How embarrassing. You might as well posit that Amy Bishop was a fan of rap music/rock & roll/Stravinsky. Or that tenure track academics are a risk to our children. Or that people who've shot people before are prone to...shooting other people. Wait, I guess that last one makes sense; it at least has a link that isn't arbitrary & tenuous. Of course, your article doesn't outright saw DnD was a factor-- it just couches claims of "controversy" while innocently looking the other way. This sort of flamboyant tabloid journalism is just embarrassing. Aiding a moral panic isn't even responsible editorial-- I have to admit I'm fairly astonished at the low quality of the Boston Herald's output. Drawing connections between hobbies is just silly: you wouldn't report on a volleyball habit, or if the alleged killer had DVDs of "Law & Order" in their library. Implying a link between role-playing & murder is shameful & frankly a little insulting. 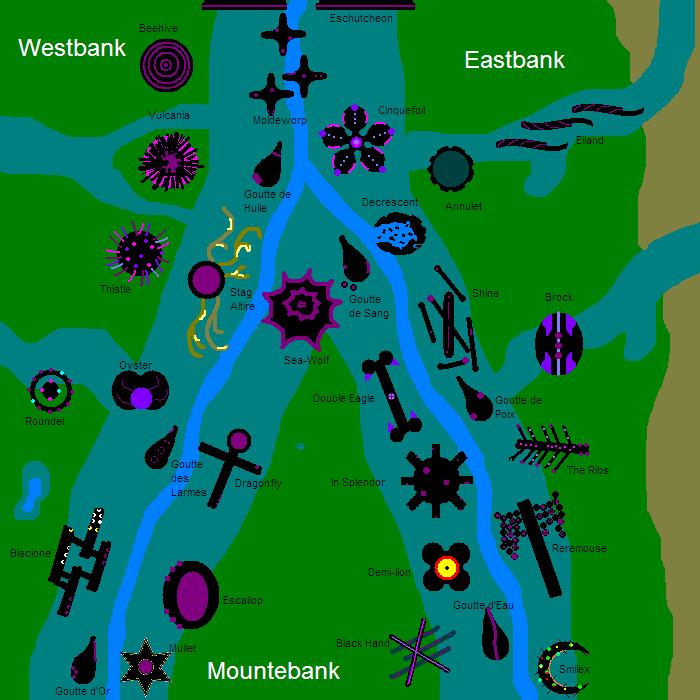 Edited: Increscent is no longer extant; it has been Goblinized into the Theme Smilex.
Collapse