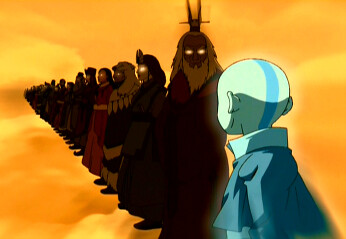 Came home last night exhausted. I don't know whyfore, Romeo! I just was, all fuzzy & done with the bones of the day. Jenny came home at the same time, & was she in a grumpy mood or what! Hint: not "or what!" I told her I was hoping that she'd call me & ask me on an impromptu date, so we decided to go out on one, anyhow. Or well, it would have been a date if we weren't both tired & crabby; instead we mostly ate in silence, with some sharing of our gripes. We went to The Park Slope Ale House, which I go to maybe, eh, once a year. I had the country fried chicken & Jenny had shepard's pie; I also had the Captain Lawrence Smoked Porter which was fine, but not nearly as mind blowing as the grassy deliciousness of their Liquid Gold. Anyhow, we groused a little, then came home. Whew, I'm serious, not the best mood! Just yawns & snarls-- not at each other of course. Then Jenny went to do the taxes-- & she did! Mostly. Except now we owe money. Darn it, getting life together. Anyhow, we closed out the night watching some more Avatar: the Last Airbender. We've seen eight episodes now, & I do like it. It makes me think-- why didn't Jenny want to watch Fullmetal Alchemist with me? Anyhow by far the best line was (in response to one of the characters snidely saying that the massive public works of an Earth Kingdom city-- chutes & such-- "so what, they get their mail on time?") "They DO get their mail on time!" Aang being super excited about postal wonders is the best. We've decided Jenny would be an airbender & I'd be a waterbender. Had dreams about living in abandoned underground facilities, of living without Jenny, &...oh something else, I had it but I just lost it again. & just for the record I wrote another Kit Marlowe & Co. post.
Collapse