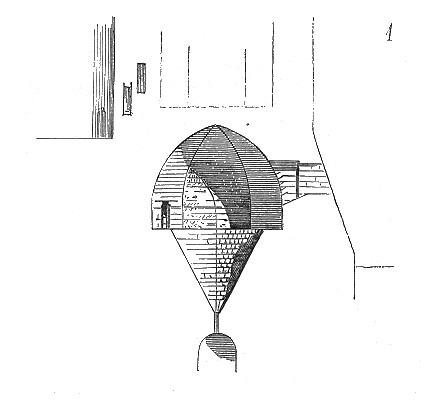 So, the Wisconsin Department of Corrections denied a prisoner the right to play Dungeons & Dragons. Which is fine with me; if you want to punish a prisoner (well, putting aside notions of whether prison should be rehabilitive or vindicative) you have his priviliges to take away & returns as reward. I was with them that far, until I went on to read that they went on to put up a comprehensive ban on the game. Now that, that isn't kosher with me. If I was guessing, I'd say that witch hunt moral panic mentality is behind it. A link to the full verdict is here. So, I wanted to weigh in my two cents, & thus when

toughlad was in the shower this morning, I wrote the WI DOC a letter, & I encourage any one to do so. My letter may have a lot of pre-coffee ramble in it, but there you have it. I sent it to docweb@wi.gov & it is as follows:

To whom it may concern:

I read here (http://www.insidebayarea.com/weird-news/ci_14265049) of the case of Kevin Singer & his hobby of roleplaying games; or more specifically, of your institution banning it. At first, it seemed like you did the right thing, & I agreed with the court's comments to the effect that "... punishment is a fundamental aspect of imprisonment, and prisons may choose to punish inmates by preventing them from participating in some of their favorite recreations[.]" I certainly thing that punishment is within your purview, & that restricting prisoner's access to hobbies, recreation & freedoms is a vital, non-violent tool in your arsenal.

I have to say, I was saddened to read on that the Wisconsin Department of Corrections went on to develop "a more comprehensive policy against all types of fantasy games[.]" As an avid player of fantasy games myself, I am invested in how those games are perceived across America. Much as a fan of baseball might be put out to discover that the Great American Pastime was being banned in a prison; both are just that, past times, recreations. & as I said, I think you are correct to control prisoners by limiting their access to the hobbies they enjoy, but outright bans don't serve that purpose. As such, I wanted to take a moment to explain some misapprehensions you might have about these kinds of games & hobbies. I'll address the specific concerns noted in the article & given to Singer by the prison staff.


In closing I just want to say that role playing games are a hobby, like any other. Granting or depriving a prisoner of the privilege of playing should be handled the same as any other hobby.

Thank you for taking the time to read this.

Mordicai: Thank you for submitting this e-mail. Your comments will be taken under advisement going forward.