Did I mention that I stopped washing my hair? I think it is funny; it happened on accident, see? Usually I use Pantene Pro-Vitamin Shampoo & Conditioner. When Leigh came to visit she used our shampoo, so she bought some to replace it. Naturally, when I finished the bottle we were using, I grabbed hers. I've been using it for a few months, now, washing my hair every other day or so. Then last week I actually looked at the bottle, & saw that is was just conditioner. So I guess I've stopped washing my hair, like I said. Okay! Lets see, while we are discussing the banality of mechanical meat-- hello, living creatures!-- I should mention also that I have a cold. I am congested & trapped in amber. I struggle against the pull of the tar pit, but it claims be & drags me under. My saber-teeth are reclaimed by paleontologists years later. Oh man, crap, I have to go work. I have been busy lately, but I at least found out it is for a good reason. Oh-- TV Night last night; we watched Manor House with

toughlad. I like that "we" is the pronoun I mostly get to use. Married is one step closer to the hive mind, & towards being less than shattered. I hate being an "I." 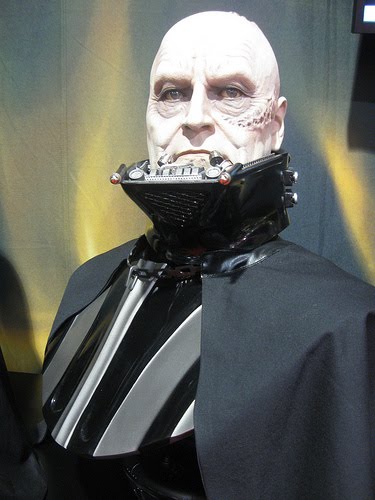 I was thinking this morning about the nebulous "future." Not the future as in, my life, the planning that I have going on there-- though I seriously love my wife, let me get that out of the way. She's be really great lately, super fun to hang around with, really pretty, she's reading Gene Wolfe for New Year, New Sun, she's been cuddly & generally there for me. She makes it so I'm not always lonely, & that is what I need from her most of all. So yeah, aside from life planning, I was thinking about the future. The "not far from now" future, the 20XX future. I think it is telling that even though humans went to the moon, & have a probe that has almost escaped the heliopause, that, well, you don't call it the Space Age anymore. You call it the Information Age. I can't say it is wrong; interconnectivity rules the day.

So what is the future going to look like? The first people to start catching on to the dominant positioning of data were the cyberpunk authors, right? Well, not the first, but lets start there. What did they harp on about? Virtual Realities. The Grid, the Matrix, whatever digital landscape. Well, that never happened, did it? I don't see it happening, either. No, now it looks like whatever shape virtual technology takes, it will probably be in overlay. You know, projecting things on top of reality. Glasses that put little icons next to whatever-- click on the green Sims diamond above a guy's head, get his blog or resume; click on the blue dot next to a book & get its ISBN; that sort of thing. That is me guessing, at least.

A thing lots of people scuttle about, at least in my industry, are kindles, readers. I'm not actually worried about them. You can own a book; books still are pretty great storage mediums, very accessible, power free except for the light needed to read them. You can flip through the pages. Did I mention you can own them? I am not sure the near-future is going to have a lot of luck resolving digital copyright; I think the "own/license/rent" discussion/war will be going on for a long time. In fact I don't really think it will end until fundamental issues about property & ownership get addressed. Unless someone figures out way to make lots & lots of money off the fact that the information age allows nearly instantaneous & free distribution coupled with the ability to make fundamentally infinite reproductions. Seriously, it seems like that should be a no brainer. Has anybody seen Karl Marx? Seriously, I do see a communist resurgence, sure. Only with lots more notion of remixing. Yeah, I realize that the means of information production are hardly the same as industrial production or agricultural production, I'm just saying the model works a lot better for info.

I think that the "tablet" is going to be a big deal. Technology is getting to the point where the screen is the limiting factor, right? I think the "phone" & the "iPod" will become a multi-tool; your all purpose widget that you can fit in your pocket. I think that the Wii remote is actually going to be a big factor in this. Heck, already your iPhone switches based on how you hold it, tilt it, right? I think that you'll see this integrated more & more. There will be lots of basic divergence-- no standardization-- & you'll care about metalanguage, about making the applications all integrate on your core platform. The Windows/Mac/Unix debate prefigures this a little. So yeah; you'll have a multi-tool in your pocket, & then a tablet in your bag. A PADD or whatever Star Trek called them. That will be your computer. Then at home, a huge screen.

Which I guess brings me to the information itself. Hardware, shmardware. Nobody cares about it; or rather they do, but in the relentlessly faddish way where you soon take it for granted. Of course everyone has a cell phone, don't be stupid. Of course it can text. Duh. The information will be put together into two different ways, which I'll describe as three things for the sake of making sense. First; the internet, & what it turns into. This is the two-part, your Feed & your Stream, which is really just one thing. RSS & all that is the first few steps in this direction; who goes to a website or tunes into a channel anymore? I think your refreshing content is going to all get piped to you. Your recorded television shows, your updated sites, your friends blogs, your podcasts, your news. All of it comes into your Feed, into you. Then of course, you digest it. Some of it you share, like on your google reader. Some of it you comment on or annotate or contribute to; your wikis & forums. Some of it you generate; your blogs, reviews, tweets. That is your Stream, which in turn is braided into other Streams to become the Feeds of others.

The other part is the Cloud. Your memory, your data. Your saved pictures & your music; your hard data, as opposed to the soft data of the Stream. You know, social networking sites like Facebook are close to this; there will be lots of interfaces between clouds, since I happen to think that all social websites come with obsolescence thresholds. There will always be migration from Friendster to MySpace to Facebook to whatever, because that allows you to cull the people you don't know or like or care about. Then of course you start adding people you regret because they only talk about politics, or drunkenly accepting requests from exes, or getting guilted in to friending your little cousin or co-worker. So it grows again, until you move. That little divergence aside, I think you'll have your data available to you wherever you go. Your gmail account is a good example; enough free memory to shake a stick at that you can get to whenever you want. That will be your hard drive. Everywhere. In the Cloud.
Collapse