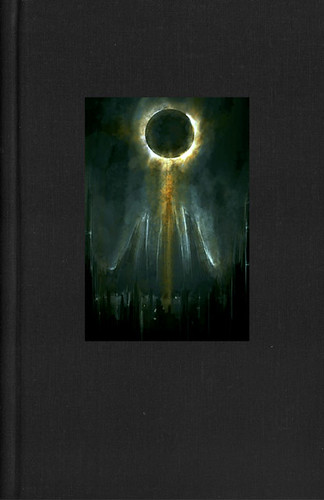 I just last night discovered these illustrated volumes of The Book of the New Sun: Shadow of the Torturer & Claw of the Conciliator by Alex Preuss. The other volumes, including the coda volume Urth of the New Sun, which I don't consider part of the Book of the New Sun proper, & Castle of the Otter, a afterthougthts book named after a falsely reported, misheard title of the final volume of Book of the New Sun. The title is correctly Citadel of the Autarch, but Locus magazine reported it as "Castle of the Otter," which charmed Gene Wolfe enough for him to use it after the fact. These illustrated volumes are published by Centipede Press, who are the people who published A Lovecraft Retrospective. Therein lies the rub, as well! For each volume of the Book of the New Sun retails at $225 dollars. Now, one or two volumes I could save & splurge for, I could tell people to buy for my birthday or for Xmas. Six volumes is a little much. Still! If you wanted to all secretly conspire behind my back & take up a collection of alms, or get me a crazy birthday prize (April 15th isn't that far away!) I certainly wouldn't say now. Till then, I'll just ogle & stew. Oh but I do want it ever so much.
Collapse