rbl! & sometimes also in the dream

iphisol was also part of the "threesome." Anyhow, I woke up from the dream & told Jenny that I'd had a dream where she cheated on me with them & she said "it wasn't a dream, that is what happened!" BUT THAT WAS A DREAM TOO! It wasn't real though. I checked a few times afterward. Still, what the hell. I think it probably just stems from the fact that we've been fighting the last two days. Not like, epic battles. Mostly, viewed from my side, it is just things that should be conversations, but are clamped down until they suddenly jump ahead to argument-time. For my part I've snapped back but then tried to suss it out with logic & patience. There are just some floating stressors, there is the run-off from the apallingly bad tail end of last year. So yeah. Just like-- fights that then turn into conversations & then impart useful information but didn't have to be a fight. Anyhow, the occasional tense snap, followed by sulking & arguments, followed by one of those fights where you agree & are still fighting, followed by an actual conversation. Not my favorite string of events, but there you go. Otherwise! Jenny made good soup, & we watched Manor House some last night. I am finally over my gigantic long vacation, & while I am glad to have a job to go to now, there is a pile of boxes that is just a snowball of doom. Oh, & I'm getting new boots today(ish) & a new flatscreen television. 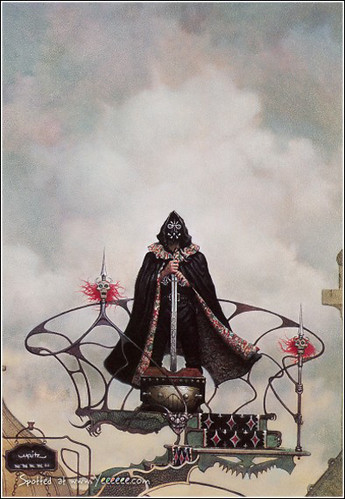 So there have been some responses to my New Year, New Sun project.

toughlad is in, & has sent the clarion call out from Kit Marlowe & Co.'s blog. Other people who at least expressed interest are

stormbringer986 & Sherene & Edbury & Jenny & Nick Courage! Ideally, I want the meme to spread! Anyhow, Salmon Ravenface was asking what the deadlines were, where to discuss it-- I guess here? I don't want to set deadlines? Part of the fun of the internet is doing things at your own pace. Still, I want to encourage everyone to buckle down & actually read it. On top of that to actually talk about it, whether as a first time reader or an aficianado. I am taking my time, personally-- I think on my first read through, I was compelled to keep moving, to find out what happened next; now on this pass I can savor things a little more, I can spot things that foreshadow or straight up foretell later events. When I'm done I will sauce things up with a little New Sun lit crit, too.

A few things that have really struck me on this reading, in no particular order. I'm at page 159 of the Orb version of Shadow & Claw, for the record, at the start of Chapter XXVI "Sennet." One: I have a real fondness for Doctor Talos & Baldanders. They are a thing that really stays with me; Doctor Talos is a part of what Doctor Tophet (an Oubliette mascot) has become. Severian's first meeting with them is such an over the top homage to Moby Dick that I almost had to keep laughing out loud. I suppose Baldanders is Queequeg, but I wasn't sure; after all, it is Severian who lays his sword between them like a harpoon. Speaking of Terminus Est, I remember the first time I heard about Dungeons & Dragons' "mercurial great sword." How I hated it! Of course that was before I read Book of the New Sun; now it utterly appeals to me, at least given proper context. The Wikipedia article about Terminus Est is filled with such ridiculous original research: I should tag it as such-- there, done. Also; drowning is such a huge motif in Shadow of the Torturer; first in Gyoll then in the Lake of Birds. Each is coupled with a "Lady of the Lake," too-- I can't help but wonder if it is meant to prefigure Ushas & the Deluge.

Besides that, there are a few images, a few pieces of folk philosophy & hints into the "religion" of the Increate that really charm me, as a world builder. One I'm totally snaring for the Mother Church of Oubliette is the idea that light is the shadow cast by God. Oh, I like that. Or at the end of XVII,"The Challenge," when he goes off musing on Ymar the Almost Just & comes to the conclusion about the possession by a part of yourself. So good. I also find his description of Agia very compelling; the first time around I "didn't get it" but this time I'm trying to immerse myself in his experience; doing that has let me be a little more forgiving of Agia. Also; Agilus' second mask is never explained, is it? Speaking of moments I really like: whenever Severian gets all Vulcan neck pinch or dim mak on a guy.

I haven't resorted to the Lexicon Urthus yet, which I probably should be doing. The problem is that I get caught up! I can figure out what things mean from context clues! I do really wish I had a deeper insight into some of the diction. I just don't want to interrupt myself, & by the time I get to a stopping point, I forget. In XXI, "The Hut in the Jungle," there is tokoloshe, which I just looked up in wikipedia & to discover is Xhosian. I didn't realize the jungle was African-- I assumed it was just temporally displaced, to the same location as it physically is (around Buenos Aires? Or wherever Nessus is) just back in time. See? Useful. I just do so much reading on the train that throwing it in my bag isn't practical; I'd have to elbow for room every time. Maybe I'll try to start a word bank? 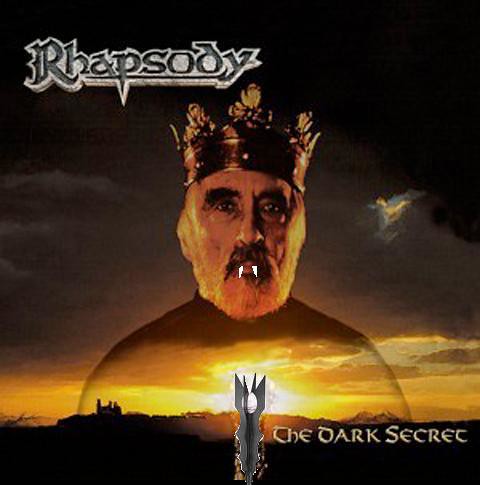