The New Year happened. Which is good, because it means my Project: New Year, New Sun has started. Word of it is spreading! So I have cracked open Mister Wolfe's masterpiece. It is predictably masterful. Life has in general been rather tame. For New Year's Eve we met up with Kira & Nino & Robert & Judy in Bay Ridge, to let them stuff us with fancy French foods. It was a chuckling good time; laid back & all tribe. You know me, I prefer hive by nature, but tribe isn't so bad. Maybe intellectually? Parentage. Anyhow. Otherwise I've been playing video games. We did laundry. Hung up some pictures. I have work off, so I've been unmoored, floating through the days. Disassociated. I should make the bed & do some preperation for Sunday, when I'm running my game. 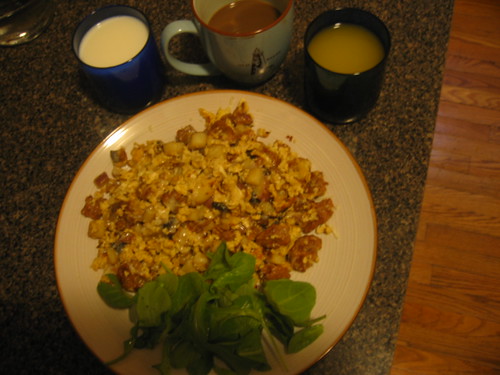 I may have been a bit over zealous in my experiment.

I was doing laundry yesterday, & the laundromat had the news on. The news...is the worst! Now, if it was Fox News I'd've just rolled my eyes. & if it was a pundit show, fine: your Rachel Maddows & Glen Becks are at least personalities, at least they are clearly editorial programming, however biased it may get. Watching the news though-- CNN-- was terrible. Just appalling. First it started with talking heads debating the whole failed Captain Underpants bomb attempt. The one thing all the contributors could agree one (!) was that this terrorism attempt is The Most Important Thing, & that Health Care should be tabled to "deal with it." No one seemed to think this was odd. No one said "uh, aren't you more likely to die from lightning, or a serial killer?" let alone "uh, isn't like, heart disease a problem?" It was just universally agreed that this guy MUST be the focus of government, now. At one point there was a hilarious piece of metacriticism-- "do you think this is being blown out of proportion because it is a slow holiday news cycle?" It then immediately switched to a story about how a suicide bomber had blown up a CIA base in Afghanistan. Which was dealt with as a factoid. The thing was-- I don't know, it was almost Daily Show-esque, how this bombing was contrasted with the former. Like-- it didn't occur to the news team that if the CIA BASE IN AFGHANISTAN has security breaches, maybe freaking out about failed attempts that sneak past the civilian service providers is a bit...crazy? I'm not saying dudes shouldn't try to stop people from blowing up planes, I'm just saying it is hilarious & sad how inept the whole thing is. & now people are desperately trying to link this guy with SOME terrorist organization, when the fact of the matter is that he's some sad, disenfranchised single male. He's boring, he's utterly banal. He's a perfect example of what real terrorists are: not Lex Luthor, but rather just poor failures.

The news went on to continue to piss me off. Rush Limbaugh in the hospital trumpeting that there is nothing wrong with America's medical system. Sure, Rush, as long as you are rich & famous! The terrible rhetoric of pundits is just horrifying. That is the root of democracy, though. So what can you expect. Anyhow-- I was finishing up while the news did an "investigation" into the proposed full body scan machines. Now frankly, I don't really care so much about the "invasion of privacy" these pose so much as thinking that they are mostly nonsense. The CNN news team "investigation" of the machines was-- was literally-- them asking the machine's sales people if it was a good investment. If the machine-- the machine they sell-- would have stopped the underpants bomber. To which the sales people said "oh yeah, definitely, & if every airport in the world doesn't buy 20 of our machines each, then everybody will DIE." Seriously-- they just asked the effing salesmen. It-- it boggled the mind. Then to "test" it the reporter walked through the machine with a knife, & the technician was like "I got it, caught you." YEAH guys, metal detectors already exist. & of course if you do put these in the next guy will just swallow a condom with a bomb inside of it & somebody will try to sell x-ray machines & you'll have to fast for 24 hours before you can fly...

Anyhow. The news was on. It fills my black little Utopian heart with despair.
Collapse