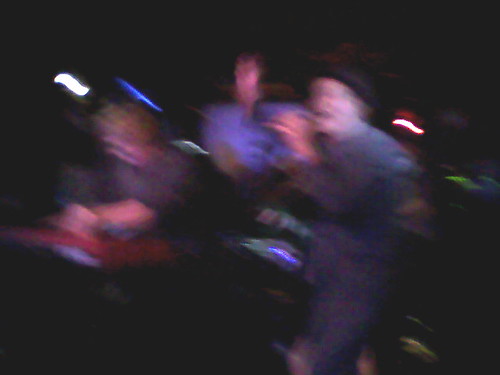 The Protomen put on one of the most marvelous life shows, of any band, of all time. That sentence is clunky on purpose, as clamorous to the ear as the metal heel of the robot overlords clanging down the street. I went up to Manhattan, soaked by the rain, feeling very Bladerunner. Stopped in to say hello to Emily at the Strand (I've felt the blade so many times, Emily!) before meeting up with James under the Webster Hall awning. Getting in was a bit of a disaster; being told the doors were open then they weren't, then being told waiting under the awning was not allowed, we had to wait in the rain. Uh, what? There was a moment of panic at the gate when they wanted to see my ID. I don't take my identification places when I go out, I'm thirty! Then I realized it was just to be allowed to drink-- heck lady, I don't need crappy booze, I just want in the show. James got a drink, called a "hornitini" or "hornito" or something with a liquor called "Mischieve". Or at least I think that was the situation. Our company was a gentlemen who befriended us at the gate, who kept wanting to talk about how Christian Finnegan was there to see the Protomen. Well, he was, but I'm not celebrity starstruck, guy. Least of all by blue screen celebs. No offense to Mister Finnegan, who is an excellent VH1 talking head.

The set was awesome. The crowd was sparse-- I was hoping Gotham Warriors would crawl up from the woodwork, & some did, but not enough for my taste. Maybe there were more at the second show. Still; James & I were the closest to the stage. The Protomen have about eight people on the stage at any given time-- two female singers (Emily/backup), a guitar, the lead singer/guitarist/keyboardist, another guitar, keyboards, bass, drummer, big giant drum drummer/singer, hypeman. So from eight to ten. Everyone in facepaint, post-apocalyptic gear. The singer who does Doctor Wiley's parts was in a suit with a "W" painted on his face, & had a really great stage-flip-out ability. The lead singer has a true Nashville Apocalypse thing going on, cowboy boots & tcb glasses. Sorry I'm using bland terms like "lead singer"-- I should say Panther, should call the keyboardist Commander, but then I end up getting confused who is Turbo Lover & who is The Gambler, which guitarist is Scartoe & which is Heath Who Hath No Name. So let me just say that their Wall of Sound was technically competent, emotionally explosive, & forced the crowd to raise their fists in the air. The set-list was mostly Act II: The Father of Death, starting with "The Father of Death," into "The Hounds," then "Breaking Out," then "Keep Quiet," into "Light up the Night." Then there was a cover of Roy Orbison's "I Drove All Night" as an attack against Celine Dion. They closed up shop with "Hope Rides Alone," which they have a helmet with a built in mic for. Protoman raised his buster canon as the crowd shouted over & over with them we are the dead!. A pretty amazing experience, & I wish I had gone to the midnight show at Trash Bar.

John Dies at the End by David Wong.

I can't quite figure out what I want to say about this book. I liked it, I liked it enough to anticipate a sequel. It isn't what

kingtycoon thought it was: he said he imagined Buffy: the Vampire Slayer was like this, having never seen that show. No, definitely not. First off: this is definitely a Wastelands book. I think it is even set in the novel in Ohio, but that is tough to remember since they mostly call the town "Undisclosed." Horror & comedy has been the peanut butter & chocolate for a little while not, & this is a fine member of that family. Set in the apocalypse that is the post-industrial midwest, the stage moves from small video stores to abandoned shopping malls, to rickety old semi-Victorian houses. The weather in the book ranges from a blizzard that knocks out all the power in the town, to a heatwave so bad the protagonists spend a few hours in a hell dimension just to get a break from the oppressive heat. Yep, that pretty accurately sums up the couple of decades I spent there. I mean, without exaggeration, that is what it is like. Yes. So I was a little wistfully nostalgic! Then of course the monsters & surreal events start happening. Which also reminds me a lot of the Wastelands, actually. There are supernatural drugs, monsters with clip on wigs, flesh-computers, shadow people, the whole thing.

Probably the most compelling part of the book is the post-modern stuff it takes for granted. David Wong is trying to be clever but not trying to "explode the novel as we know it" or anything. He's just internalized PoMo to the point where he can, for instance, skip a character through time, & have his actions ripple throughout the book. Or create inconsistencies in the text (how many people got in the van?) that seem like bad editing that he then reveals later are in fact intentional & germane to the story. Or deconstruct a character inbetween chapters. On top of everything, it made me laugh out loud a few times. Like when the protagonist takes a perception enhancing drug, the first thing he thinks is: Pro wrestling was real. But not real in the sense that we perceive reality. It was more real than reality. As a non sequitur, it worked for me. So yeah. I was definitely entertained. 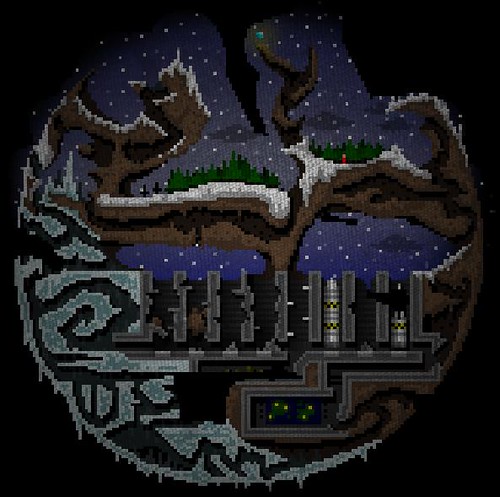 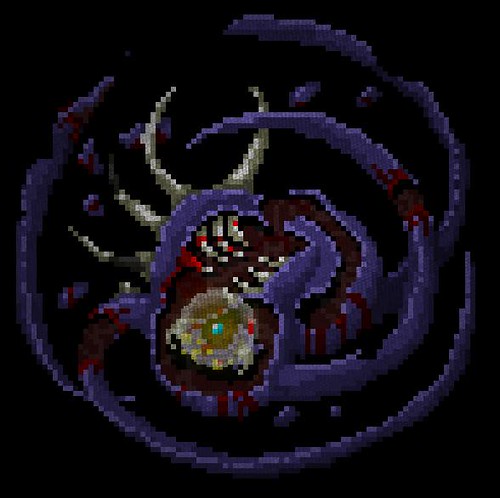