This is my big sword.
There are many like it, dig?
But this one is mine.

Together with the first volume, this is the whole collected manga. Or dojinshi. Wait, it can be both. So it is both. Well alright, first things first-- there is a hyper-sexualized bit of dead lady right in the first issue. So, I guess we can take this as a given that as far as the treatment of ladies, we're sunk. The threat of rape later in the volume is scary & meant to be vile; I mention it here for sake of completeness. So what do I think about this comic in the end? Well, the use of negative space remains excellent. The panoramic views of the world are great. Fights against robots are always pretty cool. The "cursed drive of the man bent of vengeance" thing is exaggerated to ridiculousness; Afro doesn't seem bad-ass or haunted but rather paper-thin. So what is the verdict? I think this comic seems like a perfect candidate to make a television show off of. The search for the "Number One" slot (& headband) is a good device, & the mix of robots & samurai & gunslingers is to my liking, though the story has some offensive moments & has a hard time holding cohesion in some of the battle sequences. I'd be interesting in seeing how it was re-interpreted onto the screen; with the same skeleton & some different flesh on them bones, it could really pull together. 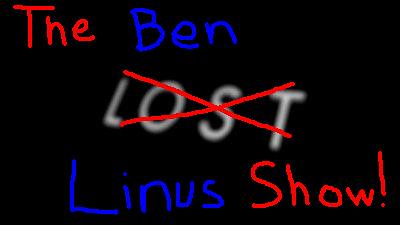 Well, well, well, what do we have here? Oh my, little flickering window! I hate the Window of Light, & must fill it with my Black Runes. Saturn's day, oh calloo, what the heck did I do on that callay'ing day? I woke up; that definitely happened. Oh yeah, that was the day of Blueberry Totem, which presaged maximum relaxation. I did eventually tromp over to the gym, my sole goal, but they were in the middle of painting the walls! I did stick around for thirty minutes, but I'm not going to box myself in an enclosed space with toxic fumes. Sorry, athleticism! Sun's day the only remarkable thing I did was fill up a laundry cart with a hundred books, tug & push them a mile uphill, run into Ivanna along the way (her little dude is big & alert), & take the train to...Kit Marlowe & Co.! Mostly Jenny's books-- I am trying to be better about not accumulating books I don't want, & pruning those I have, but it is against my nature. Still, I'm getting better. So I went there, saw my hombres

fordmadoxfraud, & Beatrice, & Fran. There were some newcomers there too, who bought some of the books I was selling. They have new registers! & a method of writing on the tape that holds up the tag. Other than that, it was like nothing had changed, besides the usual increase in adoptions. Those poor soldiers are in the trenches today, so I wrote them a sympathetic rush haiku: Purple is the grape/Pink is the Robolion/Plaid, the hyperdrive.

Filling the holes in this has been Season Five of Lost. We DVR'd all the episodes, but just never cracked into them-- sort of a mix of malaise from the previous run, coupled with the two-hour buy-in of the season premier. Now that we are moving though, I'm worried about our recorded shows...do cable companies work like iTunes, where even if you bought it legally, moving anything will delete everything & make you a criminal (thanks DRM!)? So with that spur set to flank, we dove in. We ended up knocking eight of them back, so now Jack, Kate, & Hurley are re-united with Sawyer & Jin in their Dharma rovers. Here is what I have to say: eff Kate. Man, I hate her. Up with Juliette! She's been a total champ this season, she's solid. Sawyer better not blow it. Everyone else I could care less about. Locke is...okay. Richard Alpert is great when he shows up. Really though, there is one star in this sky-- Ben Linus. Oh man Ben is hilarious & awesome. Richard, Widmore, maybe even Jacob...they've all got fairly banal power plays, with troops & forces of various kinds. Ben Linus is a one man army. He's clever enough to play all the sides against all the middles. Sure, it might mean has has to kill the good guys one day, or try to steal babies. He's not a nice man. He is a darn genius. Anyhow-- right now my prediction is that a) the rest of the "flashbacks" will be the terrible things Ben Linus did to convince Kate, Sun, Hurley, & Sayid to get on the Atjira plane. B) that the show will end with some members of the crew-- Locke, of course, & who knows who else?-- on the island, as the Magical Confusing Mystery Inhabitants for the next crash vics. Like, they will the the Danielle Rosseau, the Ben Linus, the Richard Alpert, to a new batch, thus making the story cyclical. C) I think the opening to the season premiere is clearly the A-Team montage right before they make their move...you know Daniel/Murdoch carrying concrete with his hat covering his face, Sawyer/Face operating the video camera, Jin/BA doing whatever...that is right before they punch a hole in the wall of Orchid ("one more centimeter!") to get back to the modern timeline.
Collapse