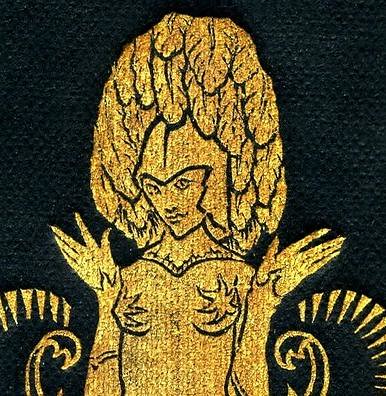 It was maybe a month ago? & we were less than sober, & Merriweather Post Pavilion was on, in particular "In the Flowers," & there was the moment of climax in the middle, & Matt leaned over & closed his eyes & said it was the catharsis for the whole album. It is like, the first track? Great. Anyhow, after a morning of Ben Folds stuck in my head, supplanted by The Mountain Goats, it has settled in to my brain. I've decided it is the Balthazar theme song; or if not his theme than his interior monologue, his private leitmotif. That is about as solid as I am this morning-- reduced to talking about songs. Some of the big bosses (not Big Boss, that eyepatch genius!) just hijacked my office to use the phone, & I was like Old Bob from The Black Hole. I'm a mess, but I'm very helpful guys!

Last night was kind of a disaster-- not in a judgement fashion, but a descriptive way. Jenny walked down from her library (really-- it is hers!) & I met her on the street & we wandered about, bought dumplings, hated Herald Square. Seriously, how can the people on the street be so terrible? I'm such a phoney bastard-- tourists! I wish my Gothamite cred was stronger. Still, the City saved my life, that counts for something, I suppose. Seriously, I'm turning thirty; I didn't expect to make it this far! Said without needless melodrama, but there it is. I can't really pretend that true love was a surprising antidote; I told you so! Then Metropolis, the city so good they Named it twice. Suck on eggs, fundamental alienation. Back to the subject at hand; at home we split up: she got soy sauce & eggs to hardboil for the Seder tonight. I'll pass over your houses if you give me enough blood! Rawr! & I went to go get wine for TV Night (& the Seder). When I got home Jenny had fried up the dumplings-- they came from the joint

ravenface introduced me to, Mandoo. They were really flour-covered, & lacked the fried-in-peanut-oil aftertaste; I don't think I'll get them to go again, or at least not soon. Then

fatbutts showed up, & we yelled crazy obscenities at the Wii for an hour. Mostly MarioKart, & mostly shouting at people in Middle America with bad miis & names; Schrodogg! Zac Attac! Fat faces! Also, I am not very good so I have to accuse everyone of cheating. Jenny meanwhile checked her email; poor baby with stressful newjob. Did I mention it was an hour, or more like an hour & a half?

fordmadoxfraud & Maggie were late! They showed up with Vietnamese sandwiches & two fishes & loaves, which David made into a feast. There were intimations that Maggie was late due to work troubles, so we let that sleeping dog lie. Rob Dyrdek's Fantasy Factory made a believer out of Lilly this week. Oh, I forgot to mention-- Lilly made...what did we call them...Spring Madrases? So we were pretty drunk already; I couldn't tell you what happened on America's Next Top Model. Or wait, it is coming back to me! Acting challenge! Spooky-chan managed to be not-creepy in her commercial-- she wasn't good but she wasn't a lurk & thus demonstrated a range. Fo is going to win, or should. Talia deserved to go all freaking ready. During the middle of this, Maggie snuck out to catch some air & never came back. Then of course David followed suit, as is proper. Jenny went to bed, & then...Lilly & I stayed up drinking more & watching Twin Peaks. I am feeling it, today. Later, lunch with Marie; that is my touchstone for now.

Lets not forget that Dave Arneson was there with Gary Gygax when it happened.
Collapse