don't judge a book by its cover! i normally would disagree with this common wisdom (in fact, cover design does often provide helpful clues) but in this case i've gotta give it up to the cliche. coming on the heels of the dnd magic item book, this really shows a vastly different design philosophy. rather than lists & lists of items, you get much more in-depth coverage of a few, & lists & lists of powers. before i get ahead of myself, let me give the book a more linear rundown. the first thing the book provides is, & a lot of white wolf books have been doing this lately, a bunch of essays. advice on using "magic items" (a term the book doesn't use-- they prefer words like "relics," which is fine) in a variety of methods: the grail quest, the maltese falcon, archeology race, that kind of thing. sample descriptive details. useful enough advice in some places, in other places kind of verging on filler. next up are the sample artifacts, most of which are "ripped from the headlines" of fortean studies & urban myths-- the lights of dendera, mayan crystal skulls, amtikythera mechanism. others are invented, which range from the oh so classy & awesome mother of vinegar to the kind of cheesy evil little black book. the back bit of the book is the real meat; dotted powers for use as merits. in other words, the building blocks you'd need to make a range of relics. that is the bit worth the price of admission-- as cute as the other parts are, the wide range of uses (& re-uses) of the generic components is what makes this great. doesn't matter what game you are playing-- straight world of darkness, or vampire, or even a homebrew fantasy setting (such as yours truly)-- this is a jumble of stuff you can find plenty of uses for. 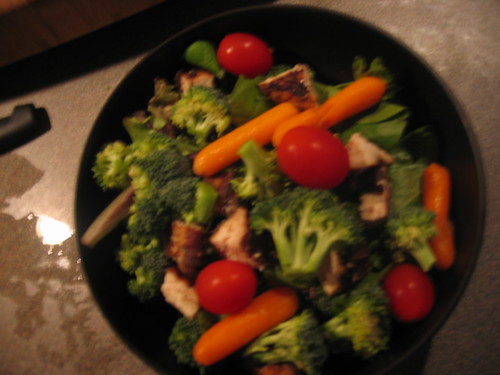 get ready for the excitement! are you PUMPED? i got back from the gym this morning to find out that game was canceled today. which blows, of course. so i figure, hey, let me recap the hell out of my sunday! in all its banal, gory details. i woke up before jenny & played around on the internet, wrote a short story for my ghostly dude's kid. jenny woke up & snuggled in bed & said it was xmas. it isn't, though. made coffee & some kind of yogurt, strawberry puree, granola combo. jenny said it is better layered, but i prefer gruel. food paste, please! & then we watched the end of snl. jenny was going to bail on this party, but when she found out that a car was involved, she allowed herself to be whisked off, while i went to the gym. at the gym, i thought about how the only really good made up word in the harry potter series is "azkaban." & on the machine i watched some of kill bill: volume two, the part with the little kid, & thought about what a great movie that was. went to the grocers, bought some stuff for a salad & snacks for the game, found at game was canceled, ate that salad. which puts us at now. now i'm going to take a shower, shave (i gotta shave, shame to say), & i'll probably try to meet jenny & kira at that party, after all. 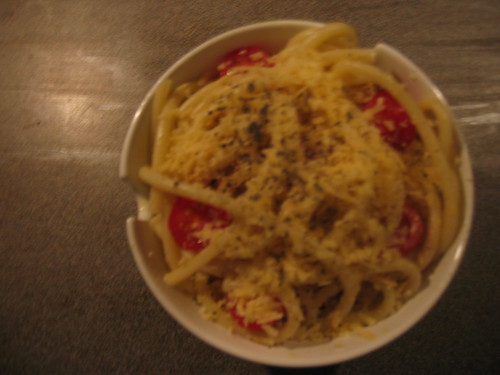 got ready to leave for the party just in time for jenny to tell me not to leave for the party. so my evening morphed into watching some television & playing some of the miniquests on zelda. jenny finally got home & she watched television while i made myself some pasta. look at this, this whole being boring thing. isn't it great? when jenny called to tell me not to come, i was already outside. i kept freaking out & going back in to the apartment & building to make sure that the windows were closed & locked. i even had to go back in to check that i'd closed the front door. what the hell was i losing it over? just a real bunch of ocd moments. i'm going to finish up this pasta now (i gave up using chopsticks, after all that) & go into the other room to watch the end of the crummy season premiere of heroes. aren't you glad we're neighbors?
Collapse