i had a bunch of "frustrated travel" dreams with you in them. first, me & you & some of your friends (both real & imaginary) were taking a road trip. i think maybe i was visiting you? & then we hung out at a bar you owned after it closed. that was nice. then i think you came to new york to visit? & were staying in red hook. except in my dream red hook was had a two-story megastructure; like, over the whole neighborhood was a bunch of elevated streets & bridges. i tried to walk there (since you can walk to red hook from my real apartment) but ended up getting SO lost. like, i somehow ended up on a ferry dock? with all these bridges going to nowhere. then an old guy stole my subway metrocard, & i had to intimidate him into giving me ALL his stolen metrocards, since there is no way to tell which was was mine. anyhow, i then went to some stadium, trying to take a shortcut. i think i did end up getting to red hook, but woke up before finding you. 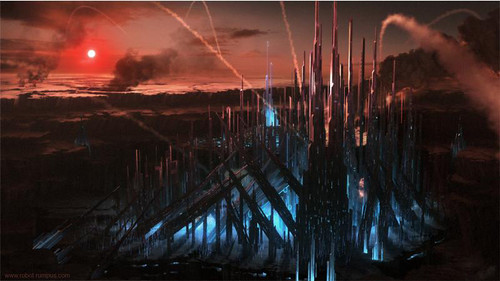 today's session was a lot of fun. it started with me catching tom up; he has been absent, & well, so have i, & the game has been spotty, so he really was only a session of events behind. so we worked out why his character bedwin would leave the city of knocknanny to go find the town of dimple hill & rejoin the rest of the party. the others had just finished burning down the Upsidedown House & walked away from anaisthesio. we picked up with our intrepid friends making for a bar-- lorelai was pretty badly rattled & bitten from all the rats, & damocles had taken a few swipes, too. balthazar, entertainingly enough was fine; besides all the ash & burned clothing they all had. funny thing! there was a woman, anaichuntia, who met them at the bar! well, first a few details: dimple hill has a lot of furry legged scuttling crabs, & people wear wooden shoes & take them off at the door. so. they came to the bar & had their choice (honor system!) of fermented goatmilk, unfiltered corn wine, or moonshine. meanwhile, anaichuntia revealed that she was the moneylender in town, & stitched lorelai up with come spider-silk curd from the spidergoats that the town raise. after people were cleaned up & settled, she took them up to this sort of ewok hut. see, the bar? was croquet themed. that is neither here nor there. but the rooftops of the town were interlaced by rope ladders & guy wires & so on. in the middle of a few yards was a large round cell, suspended by ropes, & in there was the cobal women.

the cobal women, the ark threes told the players that the work going on on the hill was strange & odd, & that their husbands had been helping. the organ player, before his head wound, had been working on some kind of organized system of the heavens, & the women's husbands were helping him. the whole town had turned into a nest of cottage industries; glassblowers, silversmiths spinning wire, taxidermists, anabaric & etheric specialists, you name is. the ark threes told the players that they were merchants, keeping the city afloat by selling the specialized goods in the wide world. even though our players had burned down the Upsidedown House, they weren't mad. see, anaisthesio & the ark three men had gone missing months ago; presumably taken by the rats & the goblins. they traded our heroes spider-silk clothes & sundry goods in exchange for the players to go under the hill & stop the goblins, & find out if their husbands were alive or dead.

the party had a few days to kill while their clothing (well, to be fair; also the spider-silk helps stop bullets, too...) was made for them. some killed it checking out the town, others doing recon work for the mission. bedwin found a bunch of rusty swords buried! & before too long, they were ready to get cracking. balthazar had found a crypt in the hill (the graves were dug into the hill as mausoleums) with rat smell, & was pretty sure that was the way to go. lorelai deduced the proper hole in the wall to access the secret door but! there was a problem. wasps! luckily, lorelai had kept the beekeepers suit from the Upsidedown House...see, the things there made sense! before they burned it down. bygones, bygones. so she put it on, pulled the catch &! the wall moved & the door rotated into place.

the chamber revealed was round, & made of pipes. the floor of it were uncovered gears; the walls had sharp gear teeth jutting in. a real nice blender! damocles & balthazar went in to "test it out," finding that there were a few cams in the bottom that, when pulled out, triggered the rotation. oh, & hey, fun! when pulled, the whole thing started screwing downward! they had to jump from gear to gear to keep their feet from being crushed, while avoiding the gears sawing through the walls. what fun! when the "count to one hundred" mark passed, lorelai & bedwin pulled the catch again, & a new door rotated into place...empty! unbeknown to them, the other two were spiralling downward! so...they got in, & pulled out the same cam. whoosh! down, down, till at the bottom! ejected, like a spent casing! so the four reunited.

to see....what?! a vast, manhattan sized cavern. in the middle was a city of crystal, surrounded by an alkaline moat, that surrounded by miles of no man's land & trenches. oh what fun! the crystal city was shattered; some towers rebuilt with cinderblocks, others wrapped in huge cables, all covered in scurrying goblins. & the burnt husk & ruined organpipes of the Upsidedown House. so that is why they called it "upside down." lorelai had a streak of genius: what if it wasn't a city? but a crashed...thing? it was clearly a karnak ruin, but what if it was something...from the sky? they debated about that for quite some time, thinking hard, before finally setting off down the giant steps.

well on the stairs they were...attacked? only bedwin could see, with his connection to the dead-- rat ghosts! or ghost rats. swarming! they rats made them edgy, then stupid, then violent...then unconscious, then crazy. not necessarily in that order. it took damocles a while to figure out that maybe instead of repeating scripture in his head, he should do it out loud? that helped. & finally, they got down the steps, half the party unconscious. they came too at the base of the cavern & the edge of the world war one era trenches & barbed wire. they made slow time through it; it may have been a few miles, but there was slow, zig zag, minefield avoiding going. until balthazar saw some one! two someones!

garglebella & guttykins were mounted on huge rats. garglebella was a beautiful women with full lips, wearing a burlap sack covered in medals & epaulets. her mount was a hairless molerat with a sigil branded on its bum. guttykins was a six & a half foot tall goblin with tusks, a slavering black tongue, a red uniform, & a brace of pistols. he rode a black rat with a brand as well. oh, & it turned out that garglebella wasn't a woman at all, but a goblin with a mouthful of shark teeth; she just looked like a pretty woman with pointed ears. they are "the lobescrubber's" top lieutenants. rather than fight for the number two slot (& immortality, so they say) the lobescrubber drew a line in the sand, sent them out & said who ever's rat crosses this line last wins. they told the players this in parlay, & then sat down to dinner, where we ended the session.
Collapse