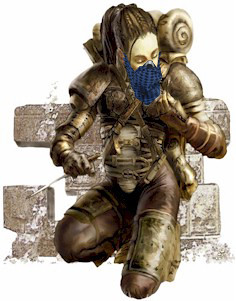 kingtycoon played my brother, sammy kegtapper. part of our core conceit was that our father had gone off adventuring with a wizard & a bunch of dwarves, & never returned. all we knew was that "ruby slipper" had gotten him. thus, we invented the idea of halfling vengeance. whenever the biggers had wronged the little people, the halflings would put on blue bandannas; thereafter, while wearing the mask, nothing they did was wrong; it was all just the rough justice the universe demands.

yesterday we were talking about it: me,

kromelizard. the idea of having the blue masked avengers called a single name was james, i think? & i came up immediately with "mister underhill." & we started riffing off it. mister underhill is the halfling jack the giantkiller, the halfling bogieman, the halfling robin hood, all rolled up in one. a character of halfling myth...until the young halfling comes off age. we picture a young halfling crying "they burnt our farm, pa!" & the father & mother taking the kid outside, out to a tree with a human bandit hung by his ankles, the tree branches heavy with blue masked halflings, feet dangling off the side of the branches. "who are those hin, ma?" "that is mister underhill," she says, & hands the kid a mask & a club. "& so are you." 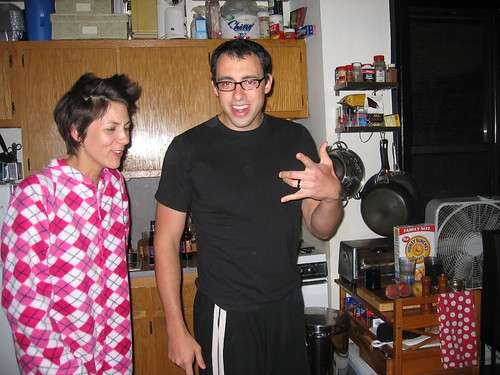