well, this really cinches it. jack kirby wasn't so much writing eternals & the new gods as the same story for different teams; no, he was wrestling with some themes, & they creep up & out here. silver star was part of the opening volleys in the war for creators rights-- kirby held the reins, the shotgun, the silver, the dynamite, the whole kit, & the kaboodle. also the kitchen sink. if the eternals are (really) about the struggle with enlightenment & the unknowable god, & the new gods are the sturm & drang of history, of ideas bigger than man-- of free will, ultimately? i guess silver star goes up there with kirby trying to wrap his noodle around man's inhumanity to man. also, "why does god do bad things?" or well-- the illusion that god does it, when it is ultimately man's affairs. silver star is part of the "new breed! homo geneticus!" which means he's a psychedelic macguffin for anti-war radical thinkers. lsd, baby! he plays with atoms, makes imaginary worlds, astrally projects, & in the end, after the bad guy becomes the literal angel of death (he can do that) silver star defeats him with the philosophical conundrum of identity. it isn't amazing, if you've read other jack kirby work, but if you like jack kirby work (you better!) than you'll like this. apparently it was originally intended to be a movie? that might have been...weird...

peter insisted that i give this a go, & so i did. i've had a rough time with "classics," you know? the original crisis isn't actually any good, for instance, nor is the dark phoenix stuff. infinity gauntlet was quite nice, though. peter insists that secret wars is good, despite the fact that it isn't, & that should have tipped me off. knightfall is spiritually the companion piece to the death of superman-- in order to make way for cool, gritty, lame comic heros, the old "chaff" had to fall down for a little while. in this case, it means batman has to have his back broken by a mexican wrestler on steroids. hey, don't you wish i was joking? i'm not. first let me address something: the art is, often, horrifying. abysmal. just unbelievable. so take that as a "first glance." the stories aren't any better. the concept is that "bane" (the aforementioned juicer luchador) shoots a bunch of missiles into arkham asylum & batman has a hard time catching all the crooks. & snarls at robin & tells him to stay in the car alot. oh, & bane? knows that bruce wayne is batman just by looking at him. he's "super cool & tough." he also has a sidekick with a pet falcon. i will say this: there was a plot with firebug that was pretty okay, & the mad hatter is at least a credible threat. oh, where is the joker? he & the scarecrow spend their time making crank calls. don't listen to peter-- this isn't any good.

me write book: it bigfoot memoir by graham roumieu.

okay-- i've been meaning to read some of this series of bigfoot books for a while. they are mush-mouthed accounts of...wait, i don't want to give the wrong impression. the book is sort of a mix between "jack handy" like platitudes like bigfoot sometime get called rolling stone. called irresponsible. have bad debt. trail of bad lady relationships. no can help. i am hunter-gatherer. & maybe just a big of an asshole & pictures of beavers breaking bigfoot's fingers with hammers. it has charm, but enough to float a book? a tiny book? i don't think the format is right. webcomic material; good webcomic. i might heart this webcomic. it would sure be in my feedreader. books though? leave you feeling a little stilted. not enough bang in the buck. i'd say you should flip through it, but i wouldn't go out of my way to own it. 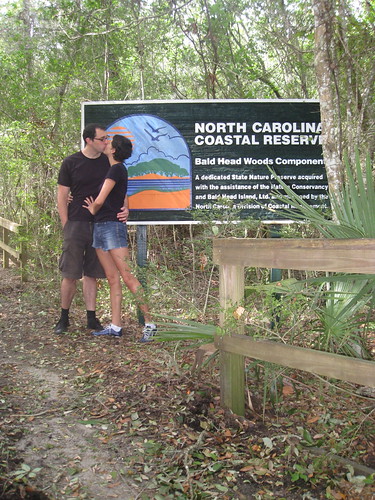