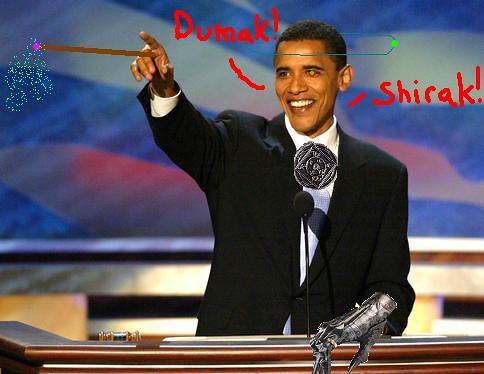 hey, some john mccain staff blogger used the term "pro-Obama Dungeons & Dragons crowd" which puts me in a weird position. i mean, i rep the whole "vote third party!" angle pretty hard, so i was thinking i was going to have to vote green (curse you gravel for loosing the libertarian party nom to that anti-choice, anti-liberty snake!) but i guess john mccain is insisting i re-consider barak obama? i need to know the important fact, like-- what class is he? i mean, i keep hearing about how "high class" he is-- what level, what paragon path? want to talk about race based politics, how does he feel about orcs & goblins? these are the issues that matter to me! edit: the blogger's apology is actually tongue in cheek enough to mollify me. so. i guess he made his saving throw against geek rage. edit edit: this is the wizards of the coast response. i haven't read it yet.

how can everyone just kind of fumble this concept? it isn't as bad as the winnick run-- man! the "what if..." set up combined with everyone's favorite characters from parallel earths? so gold, yet so, so bungled. here it is okay, but not really great or any good. the best part is the sort of unofficial logic that the team needs a blue girl with pointy ears to feel "right." that is some comic book logic i can abide by. otherwise nothing really stand out here. 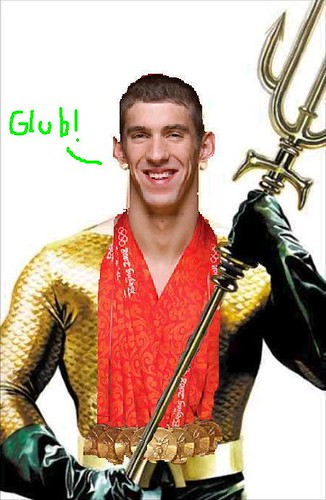 i know, i know, i don't really care that much about phelps either. he's like, a phenomenal athlete, best since secretariat or whatever. tons of gold, good on him, i just don't care all as much as i could. but man! i sure don't have a grudge like jennifer lopez, who is all hating on him, since she ought to be the focus-- she's going to run a triathlon! more exciting to me is that

iphisol used to be on the same fence as those fencers, the smarts, keeth & erinn. the double-letter smarts. they've been silvering. a silver in swords is worth a gold in the water! the usa guy was meant to win at rifle shooting, had a big lead, but his itchy trigger finger threw it! anyhow, he's a fine figure, this guy matt emmons. his wife he met at the two-thousand four (2004) games; she was a czech shooter there to compete. she's gold, silver, bronze, he's gold, silver. so. also, at the last games, someone sabotaged his rifle! so that is a bit of fun gunplay gossip!
Collapse