wasn't a blue ribbon night, more of an inauspicious fog. gandalf, set the trees ablaze! the great goblin me tromped from his lair with a bag of laundry on his shoulder. well, several bags, actually. here is how laundry works? jenny sorts it, then we have sex, then i throw it into the cart. last night's haul came to five bags, plus the plastic bag with the detergent & my book (viriconium) in it. oh, note to self, we're out of fabric softener drier sheets. then i push this precarious cart down two blocks to the all-night joint, & get a-tumbling. last night's episode was adorned with a seven (7) year old kid riding her scooter around the place. don't you have a mother (mom) to tell you to stop that, you animal?

also, the movie dodge ball, which the fucking people changed once the dodge ball game was over. you fucking idiots, the only good jokes are after that point! the actual point of the movie isn't the game you dolts! it is a comedy! people who leave movies after the climax are so baffling to me. like-- did you think that was the point of the movie? no! the climax isn't the point, it is a point! you wait for the point to turn into a line, for the line to hopefully turn into a shape!

after i move the laundry over to the drier, i bring the delicates back to the apartment & down a beer rather quickly. then it is off to the races! where i again ran into some trouble-- the bath mat? was still a little wet, & the other laundry had eleven minutes (:11) or so to go, so i chucked another quarter in. then when i finished taking the other laundry out, i couldn't find the mat for the bathroom! i did find it shortly thereafter-- the fucking workers had taken it out & thrown it in a basket! it couldn't have been done for more than a minute, a literal minute (:01), sixty seconds (00:60). jenny fed me more beer when i got home to calm me down, but then it was her turn to flip out. she'd forgotten to include her pants in the wash, & there frankly wasn't any way i was going back out-- i was tired. she flung herself across the couch with frustration & kicked! which i found amusing, which she was not in the mood for. so we watched the end of mad men (a show i don't give a fuck about) & then i went to bed. 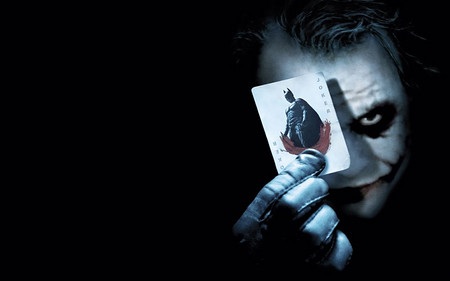 loren coleman makes some crazy leaps of forean theory in this cryptomundo post that are just fantastically lunatic. man, great stuff. the joker in dark knight was supposed to have a joker playing card with a severed head, which made the chinese guy in canada cut that guy's head off on that bus, because that guy was a jugalo & a carny, & the batman rollercoaster killed a guy too, & the brother of a guy who saw the mothman diead of brain cancer on the same day heath ledger died six years later on, & in the zorro movie there is a beheading, which was the movie that bruce wayne saw before his parents died & was the movie playing on the greyhound bus too! woah. for bonus points, there is finally a montauk monster replica. 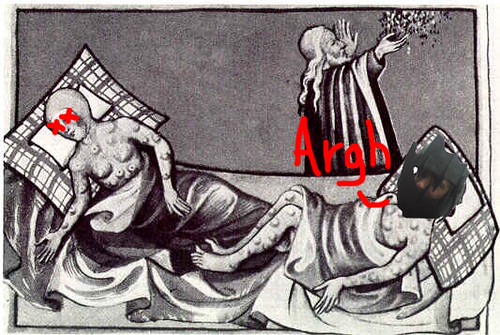 i went to the doctor today & he warned me about...skin cancer? well, i told him that yeah, i go to the gym, i eat some vegetables, i don't smoke, i drink, i had facial reconstruction, i die a little bit sometimes when i sleep. mostly i am worried about that last part. he told me...uv-a can get through sun screen! he can tell i tan! except, i don't tan. i'm i guess darker than a white guy is allowed to be! he warned me about the "abc's" of skin cancer. seriously! i don't tan! sure, sure, but lets talk about how the most common kind of cancer is...skin cancer! like, dude! okay! but i don't tan! my sunscreen has zinc in it! lets talk about my sleep apnea, or how suddenly i'm having high blood pressure? sure, sure, but do i check my sunscreen for benzenes? guy! hello! also, apparently i was supposed to put on the paper robe. not just sit there in my underwear. whatever, you have to tell me what to do!

i haven't been to the doctor since my skull surgery, & not for a check up in forever & a bean. i told him i wasn't going to know what to do, but still, i bet he thought it was weird that i didn't put on those paper clothes. whatever guy, i don't care. i'm not so gross! you like it. he checked for testicular cancer & tried to tell me about that but i told him tom green was my homeboy. so what is the skinny? well, he...couldn't tell me anything! i need bloodwork, & since i hadn't been randomly fasting, i couldn't get it done. really? he never told me to fast, no one told me not to eat! but i wasn't supposed to eat. like, at two thirty (2:30) i wouldn't have had anything to eat maybe by chance. of course i ate! & as for my sleep apnea, i have to make an appointment with a throat specialist, & then hope that my tonsils are too big. otherwise it is neurological & i am going to have to wear a mask like hannibal lector. seriously, he told me that verbatim. a mask like hannibal lector.
Collapse