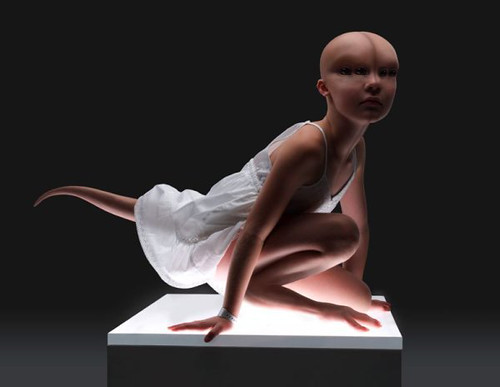 so i ran game today after a long hiatus brought on by witch prison!, among other factors, like james being in italy. so finally we got back in gear, & of course i had to be a little wiped out before it. you know, just a mope of a morning! got to game right on time, didn't have any trouble with the bus that a little jogging couldn't handle, got to sam & tracey's, demanded mimosas & coffee, & settled in to get it on, get it on, rumble rumble, drama drama! my plan was to do four "snap shot" sessions, troupe style. remember, i'm using that phrase, troupe style? where i focus on one pc at a time & let the other players portray npcs. since everyone had their own stuff to take care of, it is a good way of "splitting up" without dragging down drama.

the first up (drawn lots!) was bedwin the fifteen year old scofflaw played by tom. earlier, in the badlands, bedwin had pulled some of the gold plates off of a swan boat, & he was looking to unload them. i told tom that the fences & jewelers were trying to fleece bedwin? that he could discern their motives but not how or why. so bedwin set up an auction with the help of an out of work shepherd named akario (for muscle) & a street kid named "puck" (as a lookout). the buyers were duscherio drosin curd, a scabby, itchy, personality shifting fellow (played by james), autadeia mira taft, an unsociable counterfitter (played by tracey), & azot, a girl in a wheelchair actually revealed to be a homonculus (played by sam, pictured above). in the end, the favors of the homonculus & the money from the counterfitter lost out for the specially sharp knife & new visa papers. come on, you knew the homonculi were going to show up if you read my nanowrimo book. 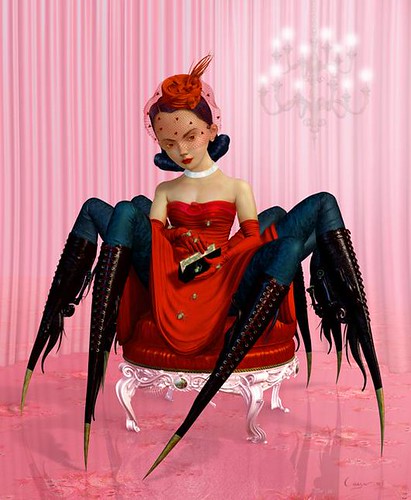 i was worried about timing by the time we got to the next bit. between ordering pizza, drinking mimosas, & all that social jazz, it looked like we weren't going to make it to the end-- in fact, we only got two mini-sessions in. i'm just thinking out loud about it as an experiment-- i think i took too much onus on as the storyteller, things i could have distributed to the players. i also left things very open-ended, which makes pacing hard to control. over-all, i think spotlight sessions work best as a coda to a regular session. anyhow, up next was sam's session-- he'd drawn the two (or as he kept calling it, "poop." real class act!)

damocles was interested in sussing out just what was going on with these "idols" he'd been hearing about. he was feeling a little down in the dumps though, what with all the weird omens about him. the hierophant oligarchio vigilant had just the thing to cheer him up: fighting giant spiders. so he gathered together noted occult scholar kakologio clover cee (noted satanist, played by tom), a young fan of damocles' named opsimathio bel canto (who sat outside the tabernacle for days waiting to be let in, played by tracey) & the cacogen mentat predatory-silence-of-the-deep (the hypnosis really works! played by james). they treked north to the border of the badlands, past a pit of spiders made out of candles, to the tree museum, a place containing "the last trees on urth" (whatever that means, pictured below). inside, they discovered-- a horrible, giant spider monster! there was freaking out, & scurrying, & then sidling along finding things, waiting for the giant space-spider to move. they found a crown of candles, & some flowers, & some carvings on trees, &...a vulva in the spider? after breaking his sword attacking the vagina, they figured out that the giant spider was...the idol! & it was hollow inside, with the statue of a boy with one hand on a couch in the interior, wearing a crown of nails. around then, kakologio started saying crazy brimstone & underworld stuff? & damocles was like "eff this, BOUNCE," & took off. then they heard the chasse artu! 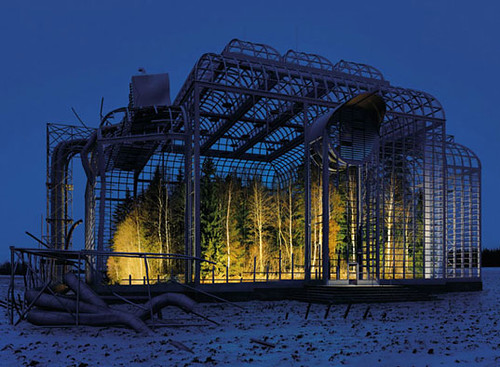