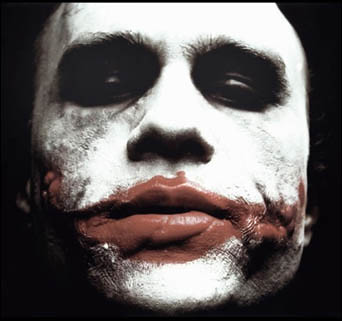 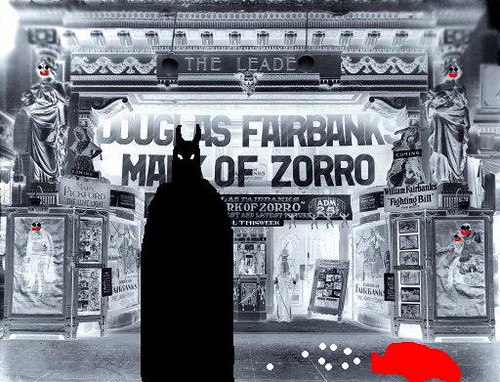 all i've been talking about is media because all i've been doing is digesting media. i've been sick! still sick, like, what am i, dying of leperousy? i drink orange juice, airborn, soup, tea. i don't even care. nothing seems to be working, i'm still a cough bunny. this is the pits. so i sit on the couch or in front of the computer, with nothing to go on but what comes in through the windows in my face. i need some old fashioned fun. i am feeling better, more or less. i had a few drinks last night, but under this punishing heat, who can blame me? & i am, hell, high water, or otherwise, going to the gym this evening. on the plus side, i've developed my resident evil skills. i am death. i'm not quite the grim spectre of harvest i became playing metal gear but you wouldn't want to meet me in a dark alley, if you happened to have knife-tentacles for a head. that is all i'm saying. otherwise i try to stay in the clutches of miss jenny. often she doesn't wear any clothes at all! so i can't say this dog days heat wave doesn't have any upsides.

beat resident evil four (4) tonight. oh, i sure had my grudges with it at the beginning, but as i suspected, i just needed to learn the game's logic (like, running in a circle will befuddle all enemies, always) & come to terms with it. by the end i was a stone cold killer. go on! i'll shoot out your knees, then shoot you in the back of the head. execution style for you, filthy european monsters! because that is the plot of the game: kill the dirty, infected, horrific spanish people. sometimes, if you blow off their heads, tentacles come out, & the tentacles are holding knives. aw! like my head.

hold on, wait a minute, emergency. i lost my wedding ring. fuck. i knew i'd left it in the apartment before going to the gym, but now i can't find it! i had to look for it for like an hour, tearing the apartment apart from head to toe. jenny helped me look & even bit her tongue to keep from i-told-you-so-ing me about taking my ring off all the time. it had just snuck into the black fibers of the carpet to sulk & hide. fucking talisman! okay. now i'm going to have this cocktail, cool off, & go back to video game zen. i've been staring at the abyss too long, or it was staring into me.

so i beat the game, & i got all the bottlecaps at the shooting range. the wii remote? is freaking built for this kind of thing. being able to point & shoot is just a luxury? worth having. screw your heads! screw your kneecaps! die, die die! also i killed all the monsters. because i don't care how big & ugly you are, guy? you are just a cave troll. & you might have tentacles & claws but you have eyes too, & i can stab them, & also i bought this rocket launcher. thanks, awesome, totally sweet merchant! i wish the merchant with the blue fires had a backstory, i wish he was sneaking around helping me like ada.

oh & as to the ladies. well, okay? we've got the president's daughter, whom i rescued & escorted around. she's no yorda from ico, but then, yorda is something special. note to self: run "yorda" by jenny as a name for a daughter. she isn't helpless-- she isn't a trained murderer like leon, but she has a sequence where she holds her own. still-- damsel. & there is a spy lady? she's all femme fatale, but i don't know, i give a little allowance for genre tropes. she certainly is capable. otherwise the only ladies are a girl on the telephone that i flirt with (what up, japan?) & the messed up village ladies that i assassinate. there isn't a sacrifice of women to provide emotional energy; rather, comrades in arms die. sorry dudes! you were helpful!
Collapse