at tracey's & sam's yesterday i flipped through these while they were getting their fresh direct in. that is an awkward sentence! anyhow, these are hillarious eighties ('80s) fantasy soft-core: lots of boobs, likes of girls in only chainmail bottoms. lots of women being embraced by demons. fucking devils. i mean, having sex with them. it is pretty corny in a lot of parts, but occasionally kind of awesome. in the way that something of that stripe, that ilk, can be. okay. so that is really that. airbrush it on your van!

instead of talking about how great the fall was, i'll crib photos from

hooveraardvark to do it for me.

for instance, lee pace is super hot in it. he's a masked bandit. 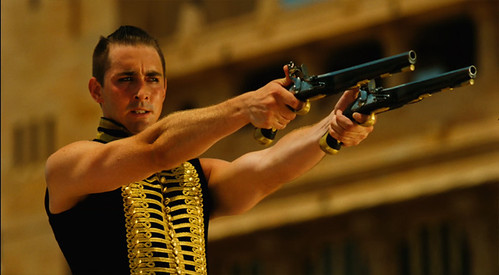 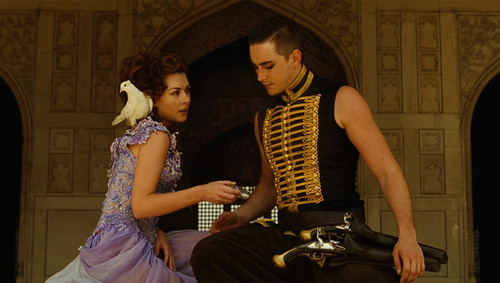 yo, kid's books is way post-modern, guys. this book is great! like...where is pooh's honey? there are tabs to slide to search for it; then on the tongue of the tab is a picture of the thing he found instead. like rabbit's condensed milk! what the heck? or bees! oh no, not the bees! it turns out the honey was with his picnic supplies all along. so it works out for pooh.

this continues to be super weird to me, as was when i read the first two. the subject is pretty much the objectification of women in comics. the brief backstory: empowered is based on the "pay per request" sketches at conventions where guys would ask for superheroines all gagged & bound & whatever.

fordmadoxfraud said it was the best of things in the pile he brought back, but i think he likes the series more than me. so anyhow, now i'm going to go watch the mole with jenny. i invited pamela over, as she was bummed earlier, but she recovered & mostly jenny & i have been hanging out. back to that...suckers!
Collapse