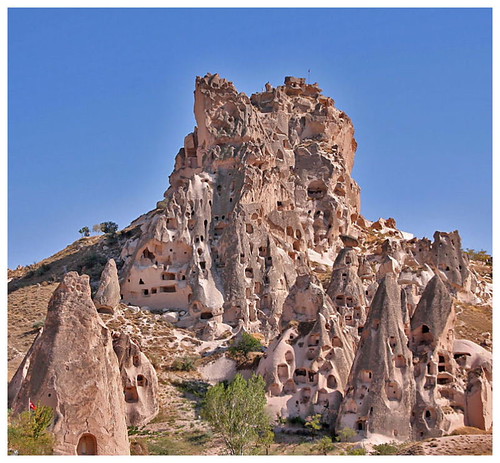 after last session our intrepid friends, crashed from their zepplin, found themselves stranded in the badlands. lorelai had buttoned up, dressed in the armor of the rood people, the goggles & gaff of the soaring gallows, & the rest of our friends were similarly kitted out in water & bedrolls, & after a brief talk with the captain, darling matador, set off into the wilds to find their own way to the kingdom of lalala. the brief map they saw had a black forest on one hand, a brown forest on another, & a town in-between. the made for the town, along the way seeing the strange pseudo-llamas with trunks, & their predators: saber-tooth tigers! pards, they call 'em.

so they entered town-- the place was abandoned, or at least uninhabited: the shacks were of wavy, corrugated metal, irregularly cut boards, odds & ends. bedwin, prone to hallucinations at best, was seeing bloody hand prints on the walls of the building, which segued into the rest of them seeing bloody trails in the dirt, leading to the town center. well, they tried to avoid it, they did. lorelai & bedwin were the only ones to really see what lay there: the town's communal well, filled to the brim with dead bodies. oh, humanity check! so there was arguing, & fighting: damocles tried to see if anyone needed saving but alas, they were long past saving.

finally fleeing the damned town, the players saw a small host of people a-waitin' on the outskirts, about an hour away. twenty, thirty of 'em. they played assumed they were the survivors of the hamlet & started arguing over whether they should go save them, find out what happened, or continue on to their destination, to lalala. well, the arguments went back & forth, but eventually all of them came down to this: while they were a-fightin', balthazar pulled out a mirror & signaled them. & they came a-runnin' & a hootin' & a hollarin'! they people were in armor made of scrap metal, & in dog-skins, with vulture heads for clasps & dog skulls for hats. charming! they were armed with re-bar & bats with nails in it, that kind of thing, & here they came running. so our players, well, they ran for it. to make a long story short, they avoided them-- largely due to bedwin getting some bombs from balthazar to make a booby-trap with.

that night, lorelai heard animal's a howling, & watched a pard kill one of the okapi-things. she also heard men hollaring, trying to imitated the coughing roar of the pards. well, when the set out again, what should happen but those coughing, nasty brutes came upon them. yep! savages. wild men. the first tribe up were the claw-torn. see, they live naked but for their pard-hide cloaks, those streaked with blood-- the better to hide in mesquite in! they fight with big ole pick-axes, & have knocked out their front teeth, top & bottom. well, there was a brawl: gun-play abounded, & dancing swordsmanship, & bashing gaffs. it wasn't nothing nice! maybe our folks would have one: it was six on four, but one of the native lunatics was keeping out of the fight, waiting for something, & the quality of our players was superior. well, six wasn't enough. more came: another ten, at least. so to cut to the chase: balthazar threw a grenade. which was what the savage man had been waiting for! he swung his pick-axe like a bat to swat it away! except well...balthazar didn't throw a bomb. he threw a molotov cocktail. SMASH! the explosions epicenter changed, catching...well, a few bad guys in the center blast, & most of the bad guys in the secondary radius...& balthazar, too.

except here is a funny thing about dice. they never do what you think they should. gamers are a superstitious (but not cowardly) lot...& yeah. dice. so the blast radius, well...BOOM! killed a lot of people, set a lot of people (& brush) on fire. everyone ran. the players ran & ran & ran, damocles carrying balthazar. eventually they got to the honeycomb tower, & the manticore stair. the primitives left off their chase, but only in time for damocles to discover...he was too late. balthazar had died from the horrible burns covering three quarters (3/4) of his body. they interred him in a niche in the cliff & lorelai told the other survivors of the tales she had heard of the mantichora, which live upon the stair... 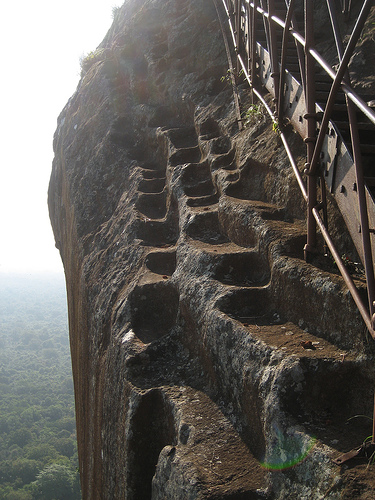