dear girl that was just in the store with her boyfriend. what. are. you. doing. your boyfriend, first off, is wearing hospital pants & smells like urine. no, wait. not like urine. your boyfriend smells of urine. what are you doing? also, he dragged you in the store to make you look at blow him (away), & you sucked your teeth. so you aren't a catch yourself. but when you tried to look at (the lowdown on) going down he batted the book out of your hand & literally dragged you out of the store by your wrist. here is a clue about your life: it is a fucking mess. start fixing it by never talking to that cat again. there. i've done your important thinking for you.

dear thermostat. why the fuck are you spitting out heat? 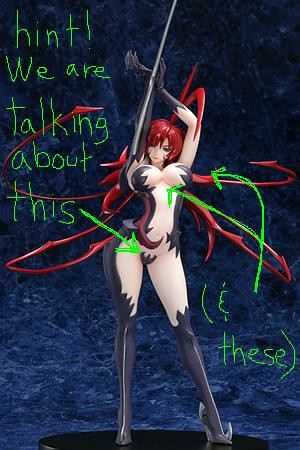 i guess laura hudson was the first to call them out, but i heard it on the beat & then girl wonder. let me just reprint it here, though. this is an actual panel description from the new york comic con.

Girls Who Kick Ass: How do the ladies creating comics do it? They're constantly blowing us away with the most outrageous and provocative titles. Jenna Jameson (Shadow Hunter), Colleen Doran (Distant Soil, Reign of the Zodiac), Amanda Connor (Birds of Prey, Painkiller Jane, Lois Lane), Louise Simonson (New Mutants, X-Factor, Superman) and special guests reveal why they know what Fan-Boys want.

okay, panel on women in comics, panel with...jenna jameson? okay, there are two issues of shadow hunter by the witchblade girl which is a jameson vehicle. & i don't have a problem with her being at the convention. or even on the panel really, even though it is sort of a spit-take putting her next to amanda conner & louise simonson. i do think that saying she's a "woman in comics" is like saying the guy who plays mickey mouse at disneyworld is a "guy in animation" but whatever. really, it is the tone of the blurb. "oh, we know you have what fan-boys want...vaginas. & boobies. oh yeah, giggidy!" i wasn't even that bothered by the "outrageous & provocative" thing, considering vampirella & the aforementioned shadow hunter, even though it is a little "coded." lets put jenna jameson in the same line of text as "provocative" & see what happens! she will "blow us" away! see, this is such a sterling example of the unthinking patronizing attitude found in the industry. oh those dizzy dames, how do they do it! yowza! just such a snide bunch of whatever. still, like occasional superheroine said, there are plenty of good "women in comics" panels at the comic con. & oh yeah, i'll also be volunteering at the friends of lulu table. so there will be some good mordicai action at the con, too! 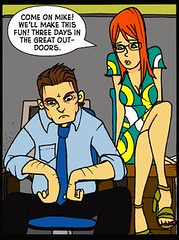 you know what else bugs me? my brain. pattern recognition, in particular. in specific, attraction. it bothers me that my brain is keyed in to certain traits & even if i don't, in the end mix, have an actual attraction, before i even get to use my faculties of discernment, my brain has already influenced my reaction by quantifying the stimuli. point of example, that gross witchblade figure. as silly as it is, how much of a mess, how exaggerated, my brain is still "oh! boobs! hourglass!" which makes me annoyed. scantily clad giger ninja! shut up brain. another example that drives me up the wall is stephanie from paradise hotel. she's a little less annoying now that she's turned into a wet puppy dog, but she was really awful back when everyone thought she was "the total package." she isn't! she certainly isn't that attractive. but she does have big boobs, & my brain keeps being all "hey! hey! HEY!" when i'm not paying attention. blech. same story with that girl amanda from beauty & the geek. there are some times when i'm less bothered & more bemused, like with...well, pretty much all of the girls from scarygoround. come on, they are just little circles & squiggles, brain! but at least the characters are smart & interesting & would in fact be attractive if real. ginger ninja! so that just makes me marvel, scott mcleod style, at the graphic medium. put two dots & a curved line in a circle & you have a face, sure, but but two circles side by side &...seriously. shut up, brain.
Collapse