this was a bit of a fun romp. oh garth ennis! i can't quite put my finger on you. you know, i was thinking about you (& gender. since, you know. comics. feminism. hand. in hand.) the other day, especially in regards to the mini-uproar about the "girl punisher." you know, how she was un-womaned with her breasts being cut off & everything. you know what it made me think? that maybe a big problem in the feminist comic book community is the conflation of "critical" with "negative." a critical reading doesn't mean you end with pointing fingers. i think that a lot of the points made about boobless punisher-girl are interesting & valid, but the fact that literature has a subtext isn't supposed to be a BAD thing! i mean, you might have issues or whatever, but that is part of what makes an author interesting.

this comic book doesn't really have any issues. time traveling midnighter (basically like "what if batman was killing all the bad guys. 'bad guys' including, like, dictators too") is sent to go murder hitler, & instead ends up kicking the crap out of everybody else. it was fun. it had some nicely overt "i am not a bigot!" moments that i thought served the story & served his reputation pretty well. when the well characterized female main character (from the future) tells the gay male protagonist that she doesn't know what "gay" & "straight" mean, for instance. it was done with the right amount of fun. so there you have that. oh, the b-story in the back though. what? a little indulgent. 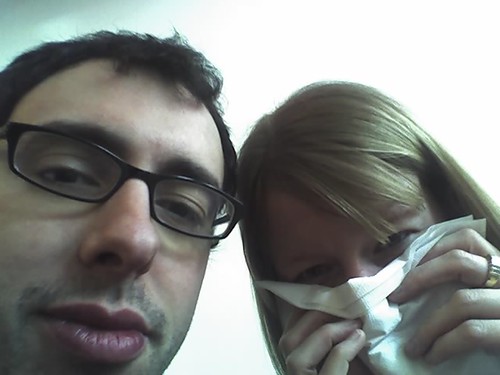 i got up after jenny left, & so have already been (relatively) productive today. we went to bed pretty early on account of jenny not feeling so aces, so the kid was fresh faced! i sent out some resumes (one i even referenced my experience with

ravenface's plays as applicable!) & then swan & i grabbed some unshowered brunch at perch. where we mostly talked about characters out of time, & the role of the final girl in horror film. being obsessed with your dissertation & being obsessed with your game aren't that different. so that has been today: the rest of it is uncertain except there will be laundry, & the gym. what will transpire come evening? who can say? the future is a riddle. only through the mastery of the anti-life equation can we know! i will try to make myself useful inbetween there & then.

with great relish i set about drinking the last dregs of wine in the bottle & doing the same to the words & pictures provided by this doom patrol rag. it turns out that grant morrison might just be great! i'm sure you already knew that. i knew it. i enjoy the disassembly of the super-hero comic, especially when done with the pleasure of craft mr. morrison evidently possesses. he breaks comics not because he hates them, but because he loves them. the surreal adventures recounted herein are based in equal parts wizardry & madcap antics; an excellent pairing that all true connoisseurs enjoy. it might have been too soon for the brotherhood of dada to return, but for all of that, hurrah. doom patrol stays on this side of flaming carrot turf, & ends up the better for it. they fight the bad guys too weird for superman to tackle. good for them. i think they should fight the joker, how about you? 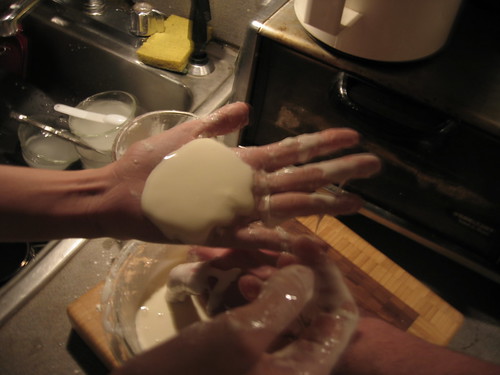 tonight we made oobleck out of corn starch & water. what is it? pseudosolid? pseudoliquid? non-newtonian fluid? all is mad in the seuss-world! shit, if i had know i was going to do this i SERIOUSLY would have gotten the green eggs & ham at brunch. i feel like a sneech without a star on his belly! so embarrassing.
Collapse