oh, & cortney & i figured out that elliot smith committed suicide out of shame over the piltdown hoax. how's that for razbliuto? not too shabby. the rest of my day was work, working late a little bit to cushion thanksgiving, & not getting any work done on my nanowrimo. need to buckle down on that, & how! can't get stalled out half-way through, that's just embarrassing. okay, i don't know, i'm all rumble in the jungle today at work. hey, lets bulk this entry up: i'll write a couple of reviews. oh so fascinating, but fuck you: i care more about what i did on a slow day than i do about what you did on your best. you climbed mount doom & tossed the ring into the fires therein? yeah? great! i watched television, then i went to bad: that night, i had bad dreams! top that, you short little freak!

so...it has a bunch of feats, a bunch of "feats" (otherwise known as alternative class features), & then page after page of organizations. i liked the organizations kind of; what book was that in? anyhow, i liked them, but as soon as i mentioned liking them to my players they took it as an opportunity to get new powers for their characters & i was kind of disenchanted by that. "okay, okay, you can get your stupid spell components at a 10% discount, great, whatever." maybe if i was still on that kick i would have liked this as something i could strip apart for the mechanics of, but a lot of the feats i didn't find that serial-number-file-off-able, since they required the mechanics of the classes to work: divine feats that use sacraficed turnings, stuff like that. anyhow; i guess the moral is i didn't see anything that hooked me as a dm or a player, but hey, maybe someone else would.

i thought i might as well start re-reading this, partially so that i could tell people when it starts getting "good." good being in those magical "quotes" because, well...good, crazy, six of one half, &c. dave sim sure does give you insight into his fractured little psyche, huh? i'd read these oh, six years ago or so, & thus haven't read the end, but it was pretty engaging at the time; give me groucho marx any day of the week. it isn't really worth going into what is wrong with dave sim's misogyny; suffice to say it isn't the casual, unthinking shit you normally see, but rather, a well-considered philosophical worry that the mothers & daughters are trying to steal his chi. like i said, the screws are loose. 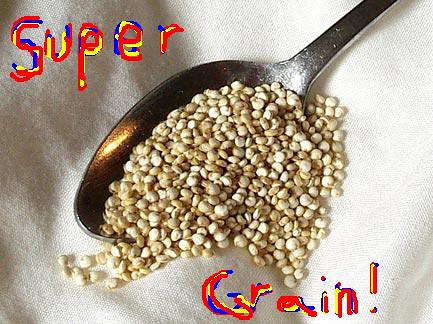 i thought i might talk about my dietary experiments, because...why would i talk about my dietary requirements? i might have to eat; that might be a sad but true fact. i don't want to, i really don't. jetson pills, please! calling mister wonka! but short of that, i've been continuing to expand my horizons. or really, jenny has been expanding them for me; i'd still be eating gruel left to my own devices. because survey says mordicai eats gruel. that would be because i do, or did when i was a single ant. but quinoa! olive mentioned it to me once & i almost didn't accept what she was saying; it is some super-grain, with your fiber, & amino acids, & protein, & all kinds of other shit. they're going to grow it in space! them incans had some nifty toys. if it wasn't so soapy until you wash it, white people would have totally been eating it before now. anyhow, also brussels sprouts, though that is more of a "who knew!?" thing. oh, & mushrooms! though those are still growing on me, & david (mcmaco') really gets first credit. why am i thinking about what i ate? two reasons. i don't really like food, but i like having opinions. & also, super grain. i like science, & anything that reeks of science. this does! science. okay. no more getting distracted by internetingly things. shoo! off! away & shite with you!

it is really weird how effective the simple trick of this clip is; the mask on the crown of the head & walking on all fours. that sort of lo-fi special effects really appeal to me, especially since i can just steal it & use it in my game. oh, yeah, i am the dungeon master who doesn't mind acting like a creep-out here & there: pop that mask on & crawl into the room to put a chill in the spine? you'll be seeing it, my lovelies. it does make me wish i had my scaramouch mask here in babylon with me; it is stuck back in the wastelands. i ought to look into getting my grubby little hands on it. in terms of film, whatever, i like the shaky-cam shooting: i liked blair witch & i'm looking forward to cloverfield. we talked about it all day; is it cthulhu? maybe. i'd certainly be excited if it was. is it voltron? no, but if a robolion ran out i'd freak. is it godzilla? naw. yeah, i'm hoping it is cthulhu, but i'm guessing it is the bloop. no reason it can't be both at the same time, though. 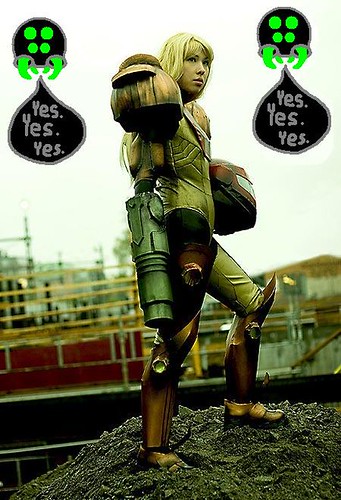