falling a little behind on the novel. which is why i've been sort of absent from lifestyle recording action. i'm not, you know, tragically behind, or irrevocably slacking or anything. but i'm a couple thousand in the hole, & it is worth noting so i dig myself out. dicipline, seargent slaughter! he was instumental in the cloning of serpentor, & in whipping hawk into shape! right? gimmie a cobra-la-la-la! so anyhow, it is coming along pretty well, i think. not to shabby-- i've gone for rough strokes rather than oppresive detail. & you know what i've found about myself, re: dialogue? i mostly just like lots of misunderstandings. characters who speak highly idiomatically & listeners who do not share the paradigm & have to keep asking for clarification. i also, & i think the word-bubbles of comics are probably the biggest influence in this regard, i like the various characters to have their own visual speech-style: one of my characters all in bold, another who only talks in pictograms (wingdings). characters with heavy accents done with, you know, subbing v's for w's & z's for s's. i don't want to go overboard with fonts & colours, but it is my knee jerk.

the other day i hooked up with si & monica for, what, some quick face time. i wanted a cave-like conspiracy, but they gave us...urinal chocolates! it went down thus: "hey," said mordicai "i don't want to get drinks, so lets meet at a coffee joint." & simon was like "no drink?" & i said "let it go! coffee!" & he said "where?" to which i replied "huh? where?" & we settled on cosi. because they also have cocktails. but then they shoo'ed us out! doing their "table service only!" to which monica replied: "i like chocolate!" so fuck 'em & we went to max brenners. where they have chocolate pizza, chocolate spagetti, whatever. i'd had some kind of craving for dark chocolate & chilis, you know straight up aztec gangster style, which i got, but it turned out to be just spicy hot chocolate; way milk & sugared up. sad face mordicai! i hate sweets, but i do like savory chocolate (it chemically forces me to!)

otherwise, it has been kind of knuckle-draggingly tired. not for any reason i can tell. sunday was mike's oisos game, with some post-modern, post-dnd storytelling experimentation that went really well. all the pc's crafted up some npcs for themselves & then we did a power-hour focus on each character. as i'm invested in flipping the equation around, i was interested both as a participant & an observer. it worked! which was cool. 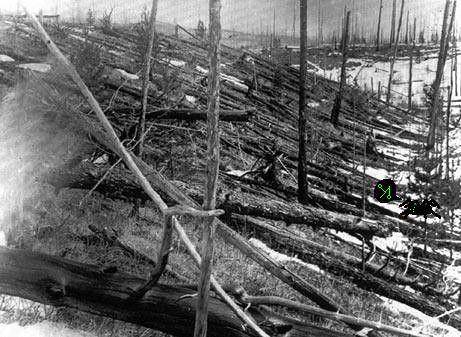 he got down onto one knee right then & there & carved four stakes out of firewood. this is some professional ass shit. today i invented something i'm pretty happy with. it sort of started as one thing, & permutated into another, as it went through each iteration, it picked up something new. ended up peppering a reference to games with kingtycoon, which is always preferable to referencing some anonymous author. in my head, some of the things we've got in common later readers will try to track to a definable etymology, history in folklore. & sometimes it will work out, but othertimes the organic twistings on original creation will just make it seem mythically resonant. so now maybe i should stop listening to music & writing away & go to bed.
Collapse