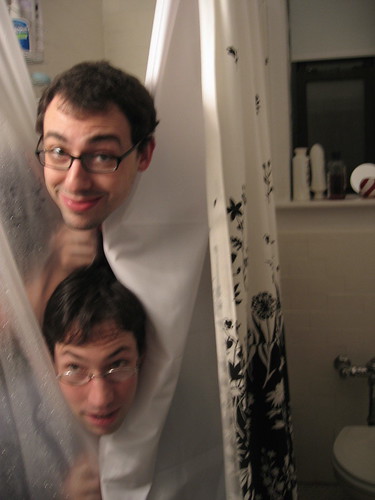 really anxious today for no good reason; what the hell is that? i guess sleep disassociation? i did throw up a little bit this morning; dreams of transparent frog-apes with their eyes & brain just networks of black, bloody capillaries. so there is that. stuck up front alone at the store, which keeps me from writing my november novel (which is coming along at a somewhat respectable pace). last night tatiana & peter joined the usual television crew for giggles. we did giggle. i got pretty sleepy by the end, though! then this morning was a kind of cluster-fuck with the super. okay! all that shit out of the way. i've also been dreaming about zombie survival states: a community in the underbelly of a bridge. the zombies, if starved, regained some semblence of themselves, so there were elements of work-release & quarantine. other dreams, too, old comforts, bloody tin soldiers & all that rot. 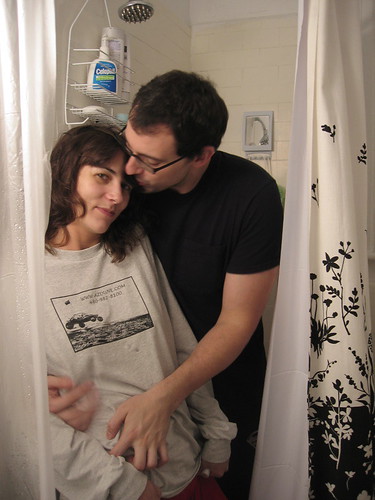 i didn't vote this time. i ususally do, i like to. civic duty! serve the republic so that the republic serves you! that sort of thing. apparently all i missed really was the district attorney, & there was only one guy on the ballot? alright. have it your way. really all i've been doing with my spare time is jotting away at the nanowrimo, trying to have some dicipline in affairs of the pen. main character is a clockwork soldier (see above, re: old comforts) with amnesia. now he's friends with a giant bear & a wil o' wisp. just hung out with some druids. jenny made fun of me because the first chunk of the book only has him as a character. like- i'm only interested in internal lives? i'm only extroverted because that is the tool used to crack clam shells.

also, today i'm really into hyphens. for the rest of my life. 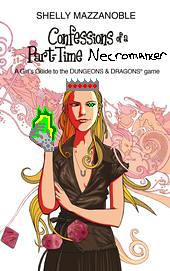 so shelly mazzanoble was interviewed recently, & there were some things brought up that i sort of mulled over myself. see, shelly wrote confessions of a part-time sorceress: a girl's guide to the dungeons & dragons game, which, as you can probably tell from the title, is all about introducing the hobby to potential female gamers. i'm all about it. the more rolling the bones, the better. i say rolling the bones, but largely out of a joyful sense of geeky camaraderie, 'cause i'm all about the post-modern storytelling aspect of the thing, in the most pretentious way possible. okay, but back to the article, & what it addresses. there is mention of a feminist back-lash, & i have to sort of think about that. because the hairs on the back of my neck were raised in a few places. it isn't that it is "girly-girl." i'm not saying your can't femme it up; go ahead! make it pink! throw in tons of shopping references! fine. but see, that sort of gets away from girl's guide & towards, well girly girl's guide. which is what i'd rather it was called. maybe that isn't the best marketing play, though. there are, in some places, an implicit assumption that girls are, well..."girly." which i don't jive to. apart from statements like women are natural story-tellers, or whatever. i don't like it when pop wisdom is dropped like it is evolutionary psychology. that might be my issue, but it might be an issue others share. teeth were gritted. all that said, i really liked the book. if i wanted to get a girly-girl (what a weird phrase to bandy about, as though it meant something. it must though, right? you know what i mean when i say it, right?) to understand the game, i'd give it to her. i find miz mazzanoble, who i met at book expo, to be charming & engaging. so i'm not throwing shade. it was something that was on my mind as i read, though, & seeing it brought up in the above article made me think about it.