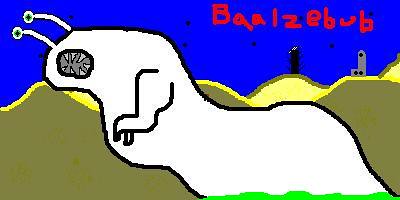 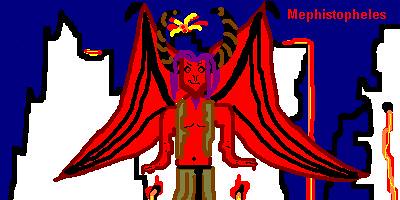 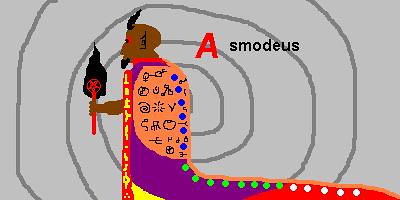 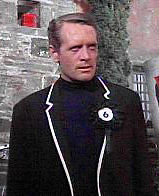 you know, the prisoner is totally a guy who will win, win win. an excellent example of the Magician of Fortitude. basically james bond retires, suddenly, without warning, & wakes up in a bizarre cross between a fascist gulag & a counter-culture commune. if he tries to run away, the evilest balloon alive comes after him &...squishes him horrifyingly? oh man, swoony mordicai, swoon! plus, i think if i had the option, i would dress like number six at all times. seriously, where can i pick up a white trim sports coat? i'll do it! don't think i won't. but as a side note, this brings up a thing i've been sort of dwelling on for a little while now: i think maybe i support gulags. i know, i know, but hear me out. in sub-tribes, you've got exile to rely on when a member is a fucking train-wreck. you can fire a guy, or whatever. as a nation, or a government of any kind other than city-state, that isn't so much an option on the table. prisons have themselves a whole mess of problems too, & i don't think execution is really all that viable. what about siberia!? their families can even go with them when they go to work on the fishing boats or oil refinery or whatever. anyhow. i'm falling afield. number six is an admirable gentleman who plays his enemies games better than they do. in the end? who is number one? you are, number six. attention television executives: survivor: the village. or also survivor: m. night shyamalan "the village", but that is neither here nor there (again!)

okay, 30 days of night r-rated clip, you make me smile.

okay, okay! cutey honey, you too. lets build a treehouse. 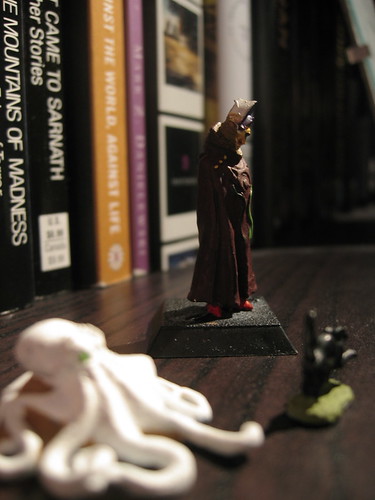 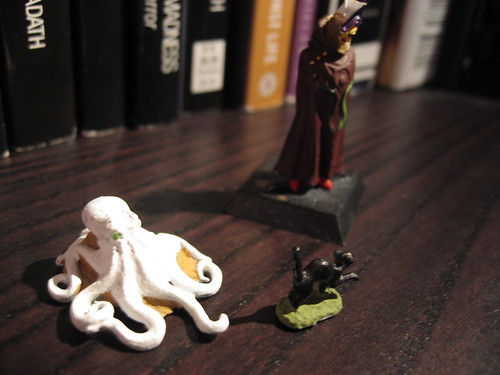 you can't really see how creepy the spenta mainyu is, or how the miniature spenta mainyu is pretty reasonably awful, as well as being utterly goofy & misplaced (yeah, yeah, planescape much?). you can't see that he's got a golden guy fawkes face, all rouged cheeks & heavy eyebrows. or that he's wearing a purple & white mitre with sapphires, because shouldn't everyone be wearing mitres? can we have a fashion over-throw for capes & mitres? you at least get a peek at his ruby slippers, which ain't too shabby. & yes, he's posing on the shelf next to my lovecraft stuff & house of leaves. i croon all of my nightmares to it in a sing-song voice first thing when i wake up. 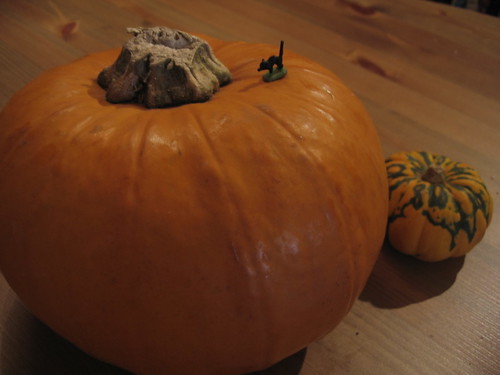 on hallowed ground by colin mccomb.

the problem with this book is that it is entirely too "useful." while really, the most useful part is the bit in the front, unattached to the rest-- the front being a sort of crash course in planar politics; a prime ("clueless") is from a prime material cosmology, like oerth; a planar is someone affiliated with the planes in a similar way (from a native of sigil to a pit fiend); a petitioner is the soul living out his afterlife on the planes; a proxy is a direct distillation of a god's power & well; a power is a god. there is a little bit of chant (& dark) on the near powers, like the slaad lords or whatever, too. that part is just fine & dandy, though a little bit too matter of fact for me; more dark than chant, if you scan me. the rest of the book, though, is just another encylopedia of gods; arn't there already a million of those? there were even when this was published in 1996. shit, these books were coming out when i was in high school? huh. anyhow, at least there are fun maps! oh, & personal preference? i tend to be opposed to the inclusion of terrestrial pantheons, though there could be a fun argument made that the sumerian pantheon is the patron gods of all emerging flood plain cultures, who are usurped by the babylonian pantheon as that flood plain culture evolves...that sort of thing. i do continue to like the very "low tech" approach to rules though. under the effects of being in the beastlands when you try to cast a necromancy spell? it says "it's harder to use harmful magic." harder. i really like not having rules for things. i'm not being sarcastic, i fucking hate when players feel like they can predict that sort of shit. so. a fine & acceptable piece of work, but you know, what do i care? i'm going to drink this drink. we just got back from the gym & jenny's making dinner!
Collapse