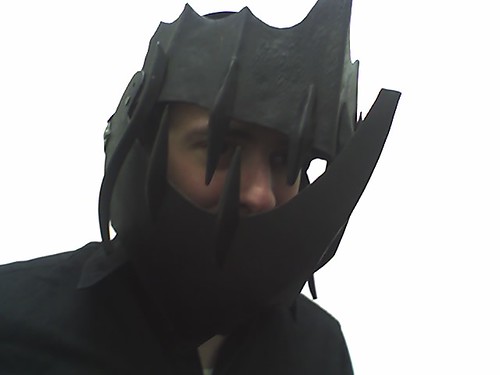 this is the vizard of ginnungagap, which i gave to james (& garrick).

& i will rise up with fists! 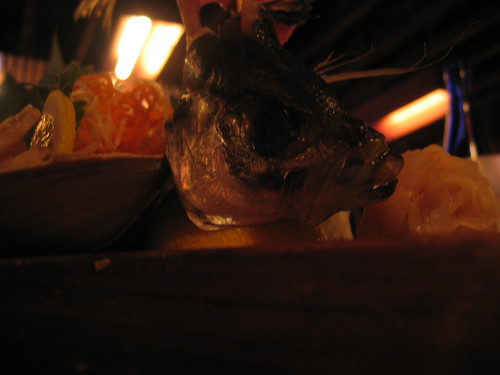 after we were done with our sushi at blue ribbon, they took this guy's head & skeleton, deep-fried it, & served it back to us. we're kind of like fictionalized aboriginal americans! we use the whole fish. next to it you can see what was described to me as "sardine in its purest form." what the fuck does that mean! concentrated sardine, uncut? edit: actually that isn't the sardines, but rather the clam, which they had killed just prior to bringing over to our table. probably the best dish in the chef's special was this nigiri that looked kind of like ikura? but was instead a whole mess of baby shrimp. i accidentally called it "crazy delicious," which just tickled jenny pink. anyhow, don't tell her, but i ducked out of work early to go to tiffany's to buy her engagement ring.
Collapse