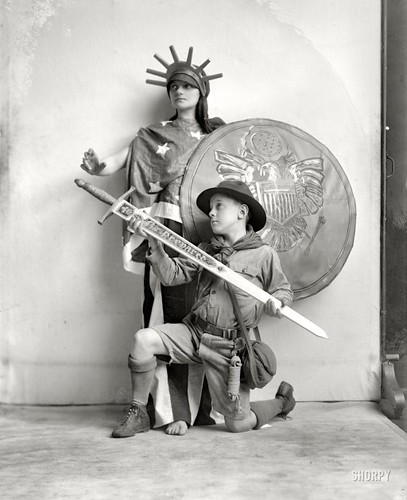 Giddy up, cowpokes. Freyja's day was nice & lazy, after a certain point. Well; first things first, I did manage to get my act together & go to the gym. Just sort of trying to get my self back in the pot. I visualize a frog in slowly boiling water. Keep going to the gym & before you know it my habits will be properly realigned. I guess swimming during vacation kind of counts, but it is a different headspace. Anyhow, came back to discover that Jenny had bought us a bottle of wine & a bottle of prosecco. Which sidebar! I hate capitalizing champagne & prosecco. Yes, I get it, they are places & the various bubbly vintages are very specific. I just, ugh, wish there was a better set of informal nouns. & don't say "sparkling wine." That just sounds like non-alcoholic grape juice. That...wait, that might be my own baggage. Doesn't everybody have memories of getting screwed out of champagne toasts as a kid, getting sparkling juice instead? I might be nursing a grudge I guess. Anyhow! We drank wine & prosecco instead of eating dinner, & watched Current.tv's infoMania & Rotten Tomatoes. Ben Hoffman-- the bane of my television life-- was actually not appalling, for once. I mean, I still don't like him, but if he turns his unlikability onto paparazzi, that works for me. We did that, & then we maybe watched a little bit of Avatar: the Last Airbender, & tried to rank it in "Top Five TV Shows." I mean-- in no particular order other than that Twin Peaks is first:

Twin Peaks
The Prisoner
Avatar: the Last Airbender
Buffy the Vampire Slayer
Gilmore Girls
Battlestar Galactica
Robotech
Which is seven, & tricky! See, I guess I could do "Top Ten"? Add Angel into the mix, which I left out since Buffy was already representing the 'verse. Oh, crap. Firefly should be on there. & Sports Night Does that leave me with a slot? If I take off Angel (considering it as a continuation of the Buffyverse) then I might fit in True Blood. It might be a little premature for True Blood but I think it stands in the ranks. Shows with great first seasons that then fell apart, like Heroes & Carnivale can stand on the sidelines being sad. Anyhow, just thinking about it, is all! I'm actually glad that Avatar: the Legend of Korra is going to be a 12-episode mini-series. The creators know what they are doing; if they have a twelve episode story in mind, then let them set the pace. Maybe in 2013 we'll have Avatar: the Rise of Xian or something; or a movie about Zuko's mother, or-- well, whatever story they want to tell next. Anyhow, after television & a little drink we went to bed-- but not before I caught Jenny taking pictures of the Appa plushie that

fatbutts got her for her birthday.

Saturn's day was given over to laziness; we just stuck around the apartment doing our own thing. The heat was abyssal, as I'm sure everyone's twitter & facebook noted; I went to go get our breakfast from the diner & it was just a radiant oven of death. I was pretty happy canceling my plans on going to the gym; I had gone the day before & plan on going today, so it worked out fine. I did have to go out again to pick up stuff from the drugstore & the grocery-- which, fine with me. I handled it! I didn't even take a shower all day. Dinner was scrod & chopped up vegetables. What did I do? Not much. I wrote a little. Worked on maps a little. Played some games. Read a little. Mostly I just relaxed; I can relax at home, just not on vacation. Watched a bunch of Avatar .gifs & then went to bed. Nothing to report! So far today has been pretty much the same. Cereal for breakfast, hot dogs for lunch. I did beat Mega Man 10, though. I think I liked it better than Mega Man 9, though it is a close call. 10 takes the win because the last stage of Wiley's castle was a fun surprise, I think. Either way, the games are super fun. Also in 10's favor is the fact that replay as Proto Man is built in, & there are playable microchallenges to entertain you in short-term bits. Anyhow, being a Mega Man whiz is fun.
Tags: gym, television, video games
Subscribe