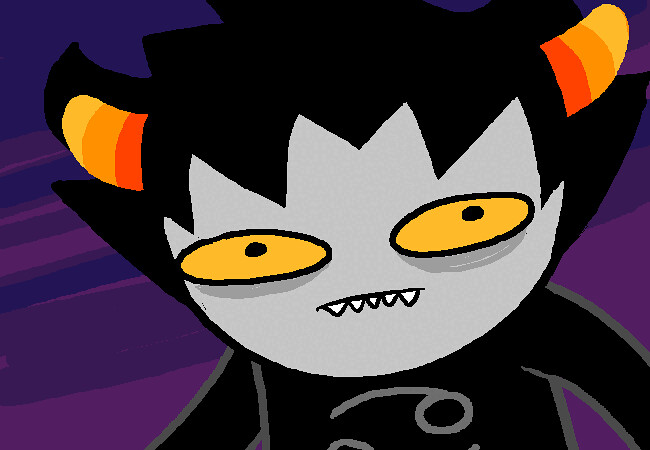 The return of Bogey! If you recall, my Goblin Wizard was killed last session I played-- well, two sessions ago, since I missed one. Ah, but you may recall that bargain I made with Ugarto the horned demon-thing several sessions ago to be resurrected if Bogey ever were to perish. Well! It seems like I had all my ducks in a row, didn't I? That is because I did! I pretended I had a new character but all along, no! Bogey, the Monstruum Ghost! David gave me the feat Recycled, which is all new to Orrery, & is modeled on something like Spellscars or Dragonmarks. I took an ability (out of those offered) to phase, so the text of the feat is:

Benefit: Once per day as a minor action, you gain phasing until the start of your next turn. When you are phasing, you ignore difficult terrain, and you can move through obstacles and other creatures but must end your movement in an unoccupied space.

Also you take a -2 on all defenses/saves against Orrery-created and similar creatures--what would be the equivalent of creatures with the Orrery keyword. This does not include things that are merely created on Orrery, like fire tiggers or the Failure, but does include things that are of Orrery, like Pandon. On the other hand you can infallibly detect such phenomena within 5 squares, regardless of whatever disguise or concealment attempted. Correspondingly, you can be so detected as well.
So, there we are. The party was originally going to be six players strong, but then Edbury & Will dropped out, & we thought

toughlad had dropped out, but he showed up, battling through the cold (which I better not catch!). Me,

elladorian were all prepped to take on

fordmadoxfraud's worst! Which never ended up happening-- David had planned for a combat heavy session, I guess, but we didn't fight anything in the end. Yay. The session started with a Bogey vignette, a "flash forward" or "flash back" or "flash sideways," or something like that. Confusion! The ancient lich Bogey, 30th level, sat on his deathbed, surrounded by his longtime companions-- the same as his current ones, the Gorgon Swordmage Rondanina, the Dryad Sorceress Sanovlies, the Drow Paladin Xul'gos. David has past me a sheet asking for the answers to a few questions:

0) Your greatest trait? (My baleful eye, dorlorous glance.)
1) Your domain? (The New Moon I brought into orbit.)
2) Your greatest accomplishment? (Making 65,536 angels fall- 256 squared.)
3) Your greatest possession? (The Eye of Vecna, kept long after it should have killed me.)
4) Your worst enemy? (The minotaur who cut off my ears, keeper of the Hand of Vecna.)
5) Your most important companion? (Irkalla, the revenant paladin from Orrery 0.5.)
6) Describe your body & appearance? (Blue skinned lich whose phylactery has been destroyed.)
David apparently intended me to tell miniature stories about this, but I didn't get that at first, so I sort of peppered them into my deathbed mumblings-- along the way figuring out that the creatures interrogating me were not my companions but something...else. Something not mortal. I put a curse on them, my death curse. Maybe that is my Epic Destiny; some sort of curse spewer whose "immortality" is a deathbed curse that radically changes the world. When the interlude was done? We played Cthulhu Dice for Bogey's soul...with other, possible Bogeys! James was a "mummy" Bogey, maybe the Bogey of Orrery? Maggie was "old one" Bogey, the lich Bogey of the flashback. Emily was "Moon" Bogey, Bogey as the epitome of power. I was the Bogey of regular continuity. In the end, Maggie one, & Lich Bogey became a niggling voice in the back of my head-- so now I guess he's Bogey Old One; he has horns now, & weeps black monstruum. With that, we returned to playing-- I reunited with the party & found that Rondanina had obtained an army somehow, & that a Xul'gos "Drow" (the drow being like Manufactorie) clone was their opponent. Well! We talked about our options: try to deal with (or join?) clone Xul'gos; try to find the clone of the real Xul'gos' sister called "the spider of the desert" or to try to find the real sister; take the short route to the city of Orrery where the Doxe is or take the long route, the Ruby Road; or what we elected to do, to go find the "Fauns," master of "corrupt monstruum." We also talked to these naked guys, these guys in suspenders & loin cloths with giant syringes-- they want to fecundate you! Make your have a baby with their syringe. Bogey wanted them to give him evil twins-- they might work on it. We'll see. The, off to the Fauns!
Tags: dnd, orrery
Subscribe